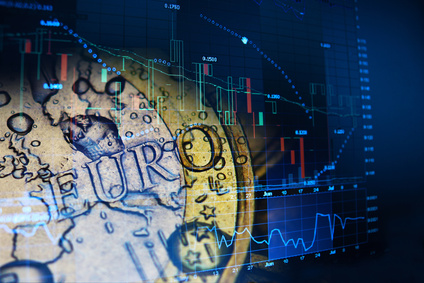 The first trading day of 2015 has brought a familiar theme to the currency markets worldwide. King dollar continued to be supported by the herd of bulls which has been driving it higher for the past half a year.

Its territories of conquest are all located in Europe – the euro, the Swiss franc and the British pound were hammered on January 2nd, and for good reason.

With the rise of political uncertainty in Greece, which was the first driving force for the eruption of the European sovereign debt crisis in 2010, the European currencies have all been put into a single basket since the final quarter of last year.

There are multiple reasons for that – the euro is weak in itself, due to the prospects for increasing political divergences between the Euro Area members; the Swiss franc is virtually pegged to the euro, although the Swiss national bank prefers to use the term of maintaining an ‘exchange rate floor’; the British pound is getting scared of Brexit, a dark prospect for the financial industry centered in London.

But what has been the trigger for the resurfacing of the euro crisis, and why this time around will actions speak louder than words?

Draghi’s Message of Stability and Prosperity

In an op-ed published on Project Syndicate last Friday, the President of the European Central Bank, Mario Draghi, states that the understanding that the Euro Area is a monetary union without a political one affirms the use 0f a similar mantra – the mantra of words.

Mario Draghi’s voice has been the cornerstone for the postponement of the Euro Crisis for some time – his ‘the euro is irreversible’ speech with the pledge to do ‘whatever it takes’ to save the monetary union has been taken seriously by the markets at a time when many pundits thought the world was collapsing.

Well, Mr. Draghi, unfortunately so far the political credo in Europe has proven you wrong. The alleged fiscal union in the face of the ‘fiscal compact’ adopted by Euro Zone governments has been anything but a failure. Consistent underperformance due to a lack of bold structural reforms has brought the economies of a big chunk of the Euro Area to stagnation.

Two core members of the Euro Zone, Italy and France, have been amongst the least effective in implementing difficult political decisions. At the same time, austerity fatigue in Greece and Spain is about to turn the voters against bolder (especially in Spain) policy measures, which are just about to finally deliver a long-awaited turn to these countries’ economies.

This time around, Mr. Draghi will have a much more difficult task at hand – the one of actually doing ‘whatever it takes’. The markets have been fatigued too – but not by austerity, which is a necessary pain for the peripheral European countries to endure, in order to reduce their alarmingly high debt levels.

Mr. Market is tired from toothless political decisions and the lack of uniformity when addressing the real cause for the Euro crisis – extraordinarily high government spending.

Since the course was chosen a couple of years ago, the currency market is pricing in the prospects for a Eurozone-wide quantitative easing. The decline of the euro is becoming less of a theme about the prospects for higher interest rates in the U.S. and instead is focusing on the ECB’s conundrum.

Last but not least, the Greek political landscape is looking anything but certain, just as the economy is turning the corner. The rise of populist parties such as leftist Siryza led by Alexis Tsipras and the nationalists from ‘Golden Dawn’ could result in the formation of a government which might as well be symbolized by a red star.

The Greek elections to be held on January 25th could mark the beginning of the second round of the euro crisis, and this time around, the rocket in Mario Draghi’s pocket might not be enough to deter investors from deciding the fate of the single European currency project.

All eyes are now on whether Greek democracy will map the failure of democracy altogether.