With 85,241 new accounts added in the last 12 months, DMM.com Securities remains the biggest broker in Japan in terms of newly-opened FX accounts.

At the end of January 2018, the firm was maintaining 643,927 FX accounts, surpassing the next most-successful Japanese broker by 112,734. At the same time, DMM.com Securities became the first and the only FX broker in Japan to hold more than 600,000 active accounts. 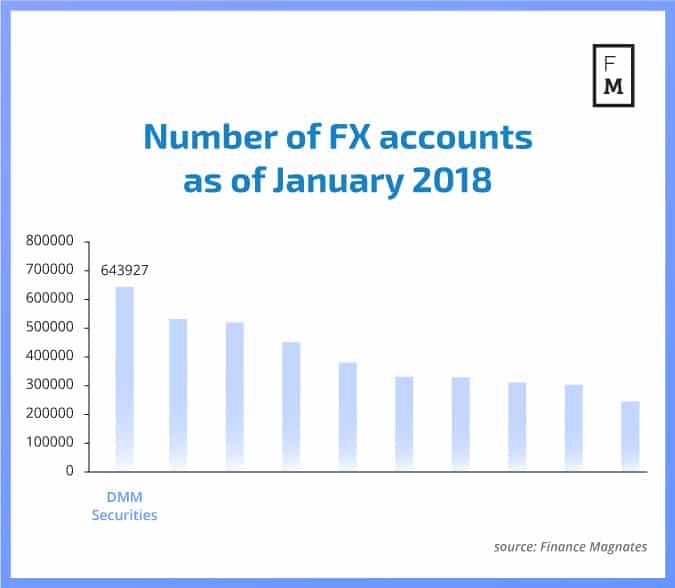 According to Finance Magnates Intelligence, the broker ranking after DMM.com Securities had 531,193 accounts open, one of three with more than 500,000. Together, the number of open accounts at the top 10 Japanese brokers has grown by 7.4 percent when compared with January 2017.

Recently DMM.com Securities has been forcing its way into the cryptocurrency arena too. As reported by Finance Magnates in 2017, DMM plans to create and develop a mining operation that will rank in the top three of the world’s mining farm companies.