As another week draws to a close, we bring you the latest daily roundup of changes to the products and offerings of forex brokers around the world.

September is clearly upon us, with a plethora of new appointments being announced by brokers as deals done over the summer come to fruition.

Meanwhile, both GMO Click Securities and Rakuten Securities revamp their mobile platforms, Alpari reaches out to the Spanish-speaking world with its website, and FXPrimus updates its withdrawal process, teaming up with eMerchantPay.

For those conversant in Japanese, you may like to take a look at the updated mobile platforms for both GMO Click Securities and Rakuten Securities, two of Japan’s leading brokerages.

The former announced that it has upgraded its iClickCFD mobile app. The new version solves prior problems that iOS9 users had been experiencing. 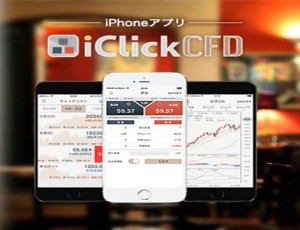 From today onward, GMO Click’s mobile traders can update their platform to Version 1.0.1., with the former version no longer available in the App Store from September 12.

The Japanese powerhouse broker seems to be making an effort to please its mobile customers, having made changes to its mobile website only recently in a bid to make it “easy to use” and “easy to understand”.

Meanwhile, compatriot broker Rakuten Securities, the subsidiary of Rakuten Inc (TYO:4755), has announced that its iSPEED stock app will be upgraded on September 20. The app corresponds to Marketspeed, the broker’s multi-asset trading platform.

Rakuten Securities began offering the iSPEED stock app for iPhone in September 2010, following up with Marketspeed for Mac in November 2014, the first stock trading tool that runs on Mac computers in Japan. 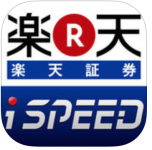 The Mac trend was continued in March, when the company also announced that the iSPEED stock app would be compatible with the Apple Watch.

The updated app will make changes to how the TSE (Tokyo Stock Exchange) Arrowhead displays quotes from the exchange. Specifically, the following elements will be updated:

Rakuten Securities made headlines in March, when it was revealed that the broker would acquire FXCM’s Japanese business unit in a deal worth $62 million.

Users are requested to update their apps accordingly.

The multinational broker Alpari is furthering its market reach to include customers in the hispanophone world. It announced today that its customer portal, myAlpari, is now available in Spanish, while its website is to follow suit over the coming days.

Accordingly, the company stated, “Our clients who speak the language can receive full and up-to-date information in their mother tongue.”

Just today, Alpari announced that it has hired Roberto d’Ambrosio as its new Director of European Operations to supervise the company’s effort across the multi-lingual European Union (EU).

Last but not least, retail forex broker, FXPRIMUS, has come out with a dual announcement, informing its clients that changes have been made to its withdrawal process and that it has formed a new alliance with eMerchantPay

In a bid to reduce risk and fraud, the company now only allows withdrawals using the same method used to fund the account. In the statement, the broker said that it hoped the decision will increase effectiveness and efficiency of the withdrawal process.

One such funding and withdrawal method available to customers is via eMerchantPay. Indeed, FXPRIMUS has teamed up with the payments provider, allowing clients to make deposits and withdrawals from their accounts via widely-accepted and commonly-used credit/debit cards, including Visa, V Pay, MasterCard and Maestro.

The new measures are in line with the company’s efforts to enhance the protection of its clients’ funds. In July, it appointed Cyprus-based international fiduciary services provider and business consultancy, Boudica Client Trust, to oversee all of the company’s funds’ processes.