As the week draws to a close, we bring you the latest daily roundup of changes to the products and offerings of forex brokers around the world.

While the upcoming U.S. Labor Day on Monday has prompted Alpari, FXOpen and Hirose to update customers on affected trading schedules, Darwinex, XTB and IG have made changes to their trading environments and technology.

The launch of DARWIN Correlation draws on the company’s historical legacy of providing trader performance evaluation tools. The new technology means that:

Correlation ranges are colour-coded according to the following definitions:

Since becoming a licensed advisor in 2013, Darwinex has made clear its intention to offer both money management products and trader evaluation.

Meanwhile, the British arm of Polish online broker, XTB, has advised clients to take a look at its revised Fees and Commissions Table. The company has made a number of amendments which have already come into effect.

Specifically, traders with XTB can expect a decrease of minimum Equity CFD commission on CZK from 400 to 300.

XTB made headlines in June when CEO, Jakub Maly, confirmed with Finance Magnates that the firm was thinking about listing on the Warsaw Stock Exchange, with the offering expected to be worth €200 million ($224 million). 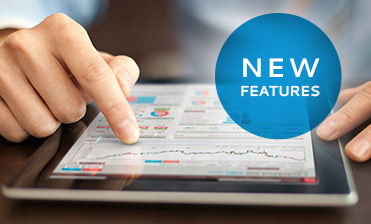 Specifically, the firm’s online trading has undergone some changes. Traders can now:

Correspondingly, the mobile app has also been under development, with users now able to access free, interactive and customisable charts from their mobile devices.

Finally, IG rounded out its new offerings by announcing that traders can gain even more control over their order execution, with the “partial fills” and “points through current” features having been added to the trading platform and the latest version of the IG mobile trading app.

In July, IG Group made headlines after it announced its preliminary results for the 2014 fiscal year. Despite the Swiss franc turmoil back in January, which saw the broker sustain heavy losses, the company registered a respectable growth rate in underlying revenues, up by 8% to $622 million (£400 million).

I do not think anyone can beat FinanceMagnates when it comes to forex b2b news. They work very hard on their content. Good work.