CMC Markets, the UK-based retail trading firm, today published its annual report for the year ended March 31, 2015. The report highlights positive results for the company, which continues to improve profitability and attract customers. 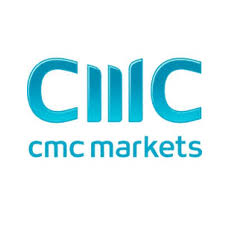 The company reported that its net operating income was in good health, up 18% on the previous year, coming in at £143.6 million. At the same time, it managed to limit total expenses, which increased by a modest 2% (excluding exceptional items).

In terms of the bottom line, the company demonstrated increased profitability for the year ended March 31, 2015. Its underlying profit before tax increased by 61% to £51.9 million. After exceptional items, profit before tax was £43.5 million, a 35% improvement compared to the year prior.

Customer acquisition also grew despite an increasingly competitive retail trading landscape. Indeed, CMC Markets managed to attract new clients across all areas of the group, with retail client numbers growing by 11% YoY to 45,103, and net active clients up 5% to 50,303. Revenue per active client also increased by 14% to £2,716.

With improved profits, dividend payout rose accordingly. Indeed, the Board plans to maintain its policy of paying a dividend of 50% of post-tax profits. As such, the total dividend increased by 33% to £15.9 million, with basic earnings per share up 46% to 12.4 pence. 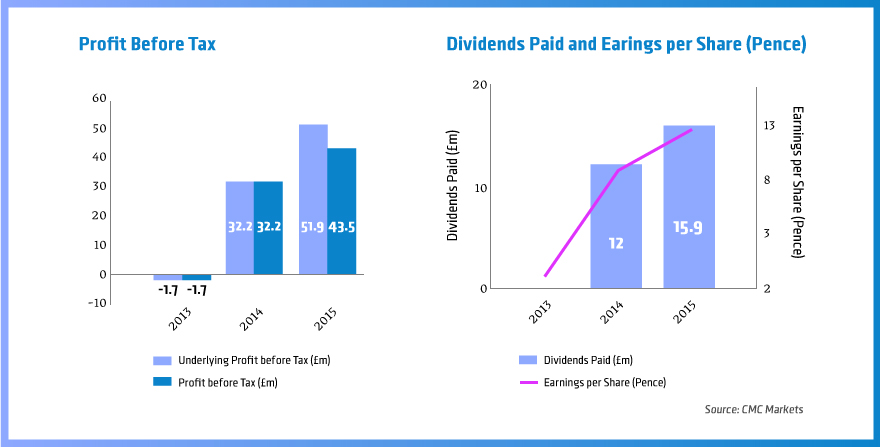 In terms of the regional distribution of its clientele, the company operates in 12 locations globally. CMC Markets’ home base, the UK, continued to represent the company’s largest and most profitable market, with UK revenue per client growing by 33%, while overall UK revenue grew by 46%. The ANZ region also grew significantly, resulting in revenues rising by 24%, with Europe and other parts of the world also posting YoY improvements in revenue.

Platform usage jumped by 30%. Usage was particularly strong among mobile users. Indeed, Next Generation mobile trading now accounts for over 41% of total value of clients trades. Clients can open and fund their accounts, trade over 10,000 products, access real-time news and charts and execute trades via their mobile devices.

The sudden movement in the Swiss franc at the beginning of the year had only a marginal impact on results.

Unlike other brokers, like FXCM and Alpari UK, the sudden movement in the Swiss franc at the beginning of the year had only a marginal impact on results. However, some clients did fall into deficit, resulting in client debt of £4.5 million.

All in all, debt provisions and write-offs at the year-end relating to this event stood at £3.8 million. In a statement at the time, Peter Cruddas, Chief Executive of CMC Markets, said: “Like many of our competitors, CMC Markets sustained some losses, however, the overall impact including possible bad debts has not materially impacted the Group.”

With a strong performance for the financial year ended March 31, 2015, all eyes are on the company to see if rumours of an imminent IPO materialise.

So around $5K per client. Industry standard is around the same figure for retail segment.