Taking a short break from forex, we bring the story of Chris Sacca and how he went from a $4 million negative balance trading stocks, to hustling his way to pay back his debt, to working at Google and eventually becoming an early investor in Twitter.

Negative balances have become synonymous with forex trading over the past month thanks to volatility in the Swiss franc. Following the Swiss National Bank’s decision on January 15th to remove the 1.20 EUR/CHF price floor, the rate quickly tanked to below 1.00 with many trader accounts being wiped out in the move, and even becoming negative due to positions held using margin. While exact figures of negative balances are anyone’s guess, and still being discovered, just in the retail online forex industry alone they may have topped $1 billion, with FXCM, Saxo Bank, InteractiveBrokers and IG Group account holders responsible for nearly $500 million of those losses.

Forex accounts have always been vulnerable to the possibility of negative accounts due to the amount of leverage typically used to trade. As a result, a weekend gap on a forex pair such as the AUD/JPY of more than 0.5% on a 200:1 leveraged position would wipe out the account and then some if the move went against the trader. But forex isn’t the only retail trading industry to suffer from highly margined accounts and negative balances. 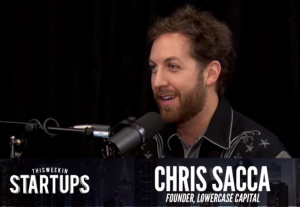 With up to 4:1 leverage permitted for active traders in the US, stocks also have led to their share of negative balances. One of the more known cases was by Chris Sacca and his $3 million negative balance. Before working for Google and being a key member of their early growth, angel investing in Twitter and launching his own venture capital firm, Lowercase Capital, Chris Sacca was an avid tech daytrader during the late 1990s.

Those of us who traded during that time can testify that it was great time to be in tech stocks; Just launching a website meant your stock moved higher, and anything internet related could go public.

In hindsight, Sacca realized the opposite was true, but during 1998 he discovered a flaw in the software of online trading brokers, which were themselves just establishing themselves in the market.

tarting with around $10-$20,000 in what were college loans, Sacca realized that brokers weren’t accounting for margin usage on a real-time basis. The result was that even though firms were only allowing 50% margin, as long as a customer closed a trade before the trade settled, T+3, and showed proper equity in the account, positions larger than 50% margin usage could be opened.

Picking winners of stocks that by Sacca’s account had risen 40x, and betting with positions well above his margin requirements, his account grew to $12 million in 18 months. But, as we all know, the record levels of the Nasdaq and the dot com bubble of that time eventually burst.

One could question why Sacca didn’t take the money off of the table. But the simple answer is that he believed in the genius of his gains. He was also encouraged by his success, leading to his friends approaching him to invest their money.

When it did burst, and even though the damage was from holding just two stocks, Sacca found himself in the hole with a $4 million negative balance.

“Imagine a mortgage on the biggest house that you’ll never get to own.”

That’s how Sacca described settling with his broker and creating a repayment schedule with them after being hounded by collections agencies to repay the negative balance. Surprisingly, Sacca didn’t want to just file for bankruptcy. He explained that he didn’t file for bankruptcy because he had a law degree and figured it would make him unhirable in the legal industry.

Sacca eventually made his way out to Silicon Valley where got a job at the law firm Fenwick and West and would work in the evenings trying to collect side legal and research jobs to help pay off his massive debt. This lasted until several days before 9/11 when he got fired as part of a wide scale cut at the law firm.

With employment halted and facing massive debt repayments, Sacca hustled to find any work he could find. This led him to crash conferences of any and every type and network with his “Chris Sacca – Attorney for Hire” cards. Suffering from repeated “no” responses, Sacca eventually “rebranded” himself and formed The Salinger Group.

Proving the results of “faking it ’till you make it” Sacca created The Salinger Group. It wasn’t really a group, but a website without a contact number or address on it, but lots of different nicely stated things The Salinger Group does. With his website live and newly minted Salinger Group business cards, Sacca explained that when he went out networking, conversations became “We” instead of “I.”

With a nicely sounding brand name, the “no” responses became “Salinger Group, I’ve heard of you guys,” and along with that came all sorts of consulting work that brought steady pay and equity incentives from customers. The success of The Salinger Group peaked when Sacca’s friends started turning to him to allow them to fill up gaps in their resume with references to working at The Salinger Group.

After a salaried position in the middle, Sacca and his Salinger Group made their way to Google, where he was hired for his technology, legal and business experience. His job was basically to assist Google in creating data centers as they grew rapidly in their early years. Being tasked with hiding their growth from Microsoft, Sacca’s small group would create fictitious LLCs that couldn’t be traced back to Google, in order to acquire space to equip their data centers. With the existing name in place, Sacca also got to use The Salinger Group for such deals.

As Google grew, Sacca got to participate in other hustling experiences such as the search company’s $4.6 billion in the 2008 auction of wireless spectrum in the US. Google’s involvement was to force others to agree to net-neutrality issues which ultimately happened even as their bid was surpassed by traditional telecom firms.

The success of Google also allowed Sacca to eventually cover his debt and put his $4 million negative balance in the past. It then led him to start angel investing and to become an early investor in Twitter. While arguably another form of high risk investing like his time trading tech stocks, Sacca improved his odds by being proactive with the firms he funded.

Sacca explained that being helpful made up for not having that much money in the early stages of his angel investing career. Becoming proactive was his way of improving his odds for any firm he invested in. Ultimately, assisting companies was a natural extension of his previous experience which included business, technology and a wide networking base. These efforts eventually led him to gaining a positive reputation working with startups which led to the creation of the venture fund Lowercase Capital and investments in companies such as Kickstarter, Medium, Uber and Twilio.

This story is adapted from various interviews with Chris Sacca that cover his time before arriving to Google. One of the best with Jason Calacanis on This Week In Startups is available here. At the 19:30 mark he discusses his investment in Twitter and stock trading losses. (Language is more or less tame in this section, but things get a bit “animated” in other parts of the interview.)