Alpari Russia has reported its trading volumes for the month ending December 2015, which mounted a comeback after what proved to be a downtrodden November, according to an Alpari statement.

Last month, Alpari Russia saw a diminishing monthly turnover in November 2015 of $87.5 billion, having undergone a decline of -3.5% MoM from October 2015. On the whole, Alpari’s November performance was commensurate with the rest of the industry, with several industry peers suffering similar weakness during the month.

For the month ending December 2015 however, Alpari Russia saw a monthly turnover of $92.1 billion, which corresponds to a jump of 5.2% MoM from the $87.5 billion one month prior.

A major factor that contributed to the paring of November’s decline and a subsequent rebound was interest in the EUR/USD currency pair, which saw heightened interest during December 2015, swelling 10.0% – by extension GBP/USD trading also rose 3.0% during the month of December. 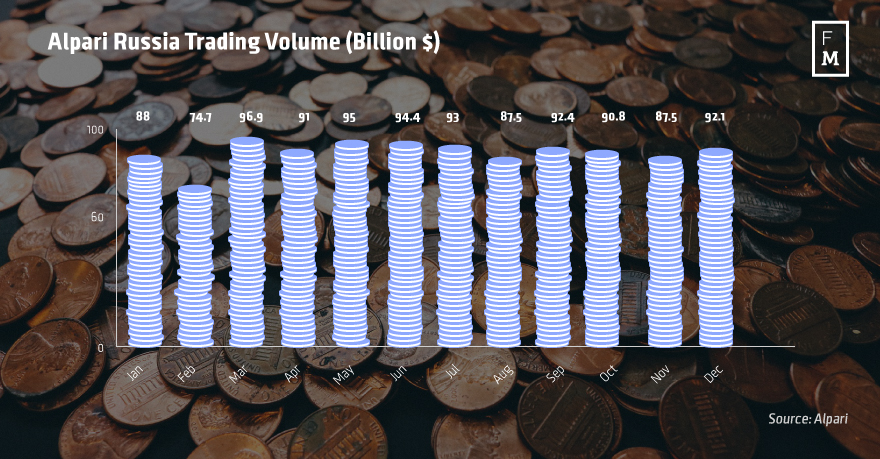 Share this article
Tags: Alpari
Got a news tip? Let Us Know