According to survey data collected from Yandex throughout the month of March, Alpari remains in the top spot as the most popular forex broker in the Commonwealth of Independent States (CIS) region. While the top three is rounded up with TeleTrade and Forex Club, which have been traditionally strong, the fourth place is quite a surprise.

Forex Trend, which has fallen into a string of financial difficulties under seemingly extraordinary circumstances, has occupied number four spot in the industry. Last time we heard from the company it promised to begin settling its obligations at the end of March and return client funds in a couple of months.

Currently there is no information about whether this is the case, however, the evidence of a persistent presence in top Yandex search terms related to forex brokers suggests that issues are persisting.

While Alpari enjoys a comfortable lead in first place, the number of searches has declined by more than 15% since February. That said, there’s been a broad decline across the board, with the most notable exception being TeleTrade.

Forex brokers from Western Europe are far from present in top spots across Yandex search. The first major one is Admiral Markets in 11th, followed by OANDA in 13th place and GAIN Capital’s Forex.com brand in 16th. 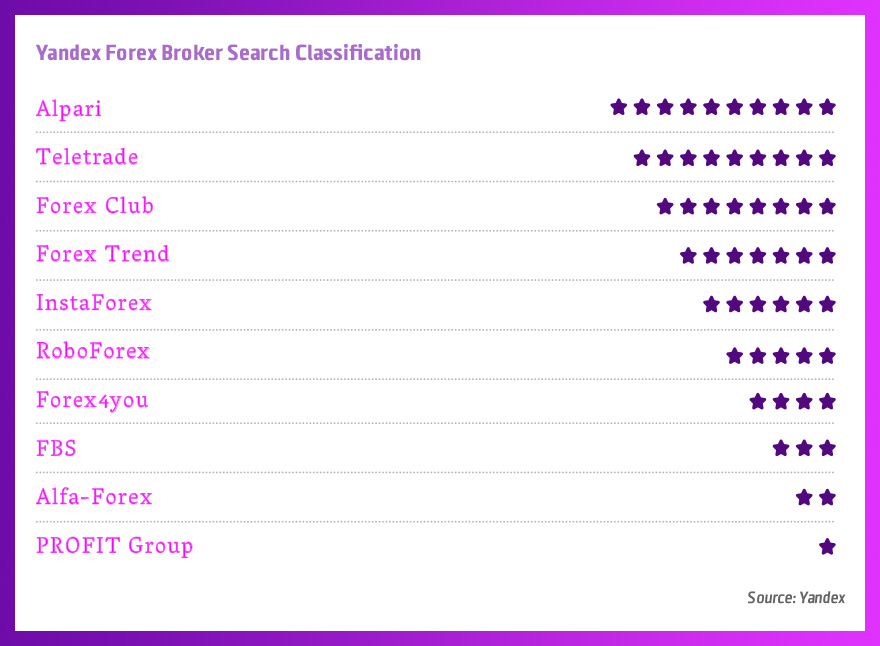