The US dollar has been on a spectacular bull market on almost all counterpart currencies and the dollar index has surged to a 12-year high, reaching 100.4 (13.3.2015). In my opinion, this trend has extended further than most of us expected and is actually still on- going.

EUR/USD parity has been talked about and this is closer than it’s been since December 2002. At that time, the trend was in the other direction eventually reaching an all-time high of 1.6012 which was in April 2008. Since then, the euro has been on a bear market and currently this pair is near parity. 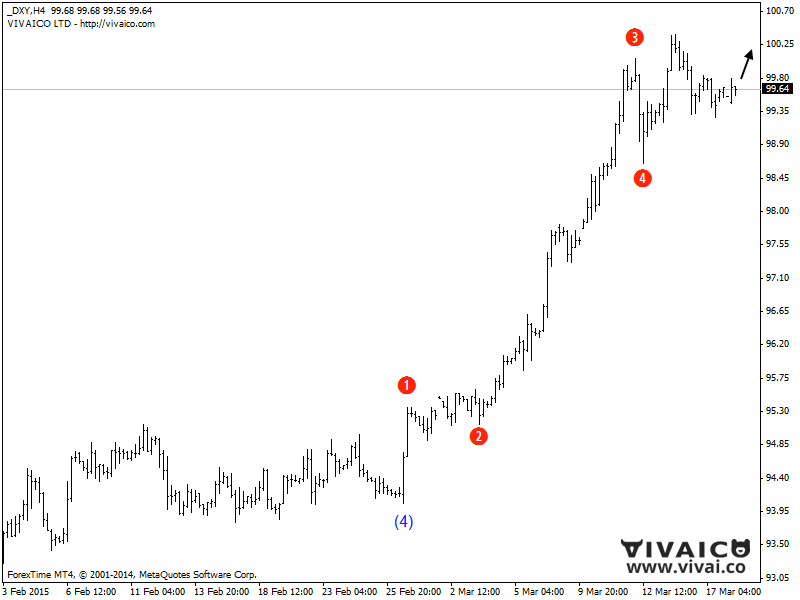 According to my forecast, I see this trend nearing its bottom and reversing its course. I see this decline from near 1.40 to this level today as the final part of a large corrective move that started back in 2008 from this all-time high of 1.6012. When we see this trend reversal, I think it will be accompanied with declining economic data from the US, which was the case during the start of 2015. It could be that some of the steam powering this dollar bull run has come from the fact that there is strong belief that the US economy is finally in recovery. The economic data does not back this up and when market participants finally open their eyes to this mounting evidence of bad data, they will start to question this alleged recovery.

The Federal Reserve has said in their cryptic statements that there are going to be rate hikes in 2015, and this has also fueled dollar bullishness in recent months. In my view, the Federal Reserve has backed into a corner from which they cannot easily escape. Because they have made market participants think of rate hikes, stock market indices have started to decline, the dollar has strengthened and deflation is winning. These are just the opposite results Federal Reserve were aiming at. If they raise interest rates, this same trend will likely continue. 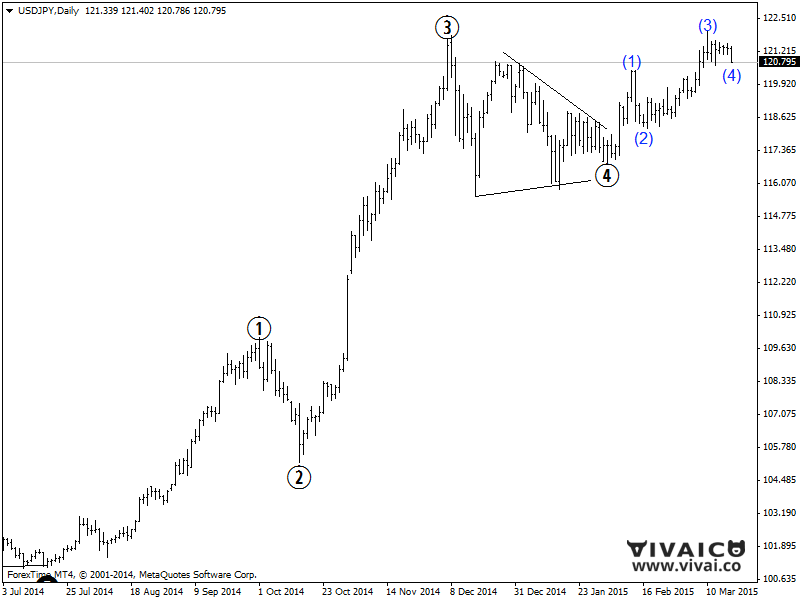 The question is, how low must the stock market indices fall until the FED blinks, comes out and makes a move? There is hardly any difference in the real world if interest rates are 0,25% or 0,5%, but Federal Reserve has not raised interest rates in 6 years and this alleged rate hike would have considerable symbolic meaning. This would convince the markets that now the US economy is on the growing path, more rate hikes are imminent. Capital would start to pour into the US and into the dollar. Stock market speculators would exit their positions and intensify the downturn. These are just a few problems that the Federal Reserve is facing.

I see many USD pairs near reversal and this ties into my larger picture of the direction of the whole US economy. USD/CAD has been on a long bull market and I think this is at or near reversal. This recent advance that started back in September 2012 at 0.9632 level, has in my opinion run its course. My Elliott Wave Analysis states that this coming reversal could take USD/CAD as low as 1.06.

USD/JPY has strengthened from an all-time low of 75.57 (october 2011) to a high of 122.017 last week (10.3.2015) In my opinion, this was also near reversal although this bearish move is not going to be so severe because Japan has the craziest economic policy in the world, and is going to drag the yen lower for a long time. This reversal could still be long time wise but not necessarily in price.

The dollar is stronger now than it’s been in years but how will this be in the future? After the first QE there were opinions that all the QE programs will cause inflation and a crashing dollar. This has not been the case, quite the opposite. No matter how hard the Federal Reserve has tried to inflate the dollar, it has not succeeded in their inflation target of 2%. Deflationary forces have won the battle, at least for now, and this trend is continuing. In my view, if there is a downturn in the US economy, deflation will pick up more. When financial assets collapse in value, there is going to be deflationary forces that take charge. In fact that is deflation by definition.

The question of deflation of inflation, I think both. First deflation and then inflation. Because central banks do not have any other policy than the mindless injection of money into the economy, that is what they will do when the next bigger downturn occurs. This is the reason I think there is going to be deflation first and inflation later. The bottom line is that the dollar mania is starting to fade and reality is raising its head. When market participants see what is really happening, these trends are going to reverse.