Back in April, the Premier League was in full swing and heading towards the final few games, the NBA still had not reached the playoffs, the Euros were just an anticipation and the Masters (Golf) was not even on the radar. This was when I wrote “Foxes in the Golden State”.

So, what has happened since? Leicester did go on to win the English Premier League with grace and huge popularity. Golden State Spurs narrowly missed out in the finals losing 4-3. There was criticism pointed towards Stephen Curry that he tried to be too much of a superstar when they were actually ahead in the series they would go on to lose. Against all the odds, Portugal won the Euros beating the hosts and favorites, France, and also having not won any of their group stage games or even the round of 16 in normal time, and even losing their star player, Ronaldo, early in the final. Yesterday, Henrik Stenson was the unlikely winner of the Masters in a breathtaking final round that saw his closest opponent Phil Mickelson lose, despite scoring the fifth best score in 163 years! This was Stenson’s first major victory, having seen off an all-star lineup of opponents.

The year of the giant killers continues. What’s more is that each victory was popular among the public, because we always want David to beat Goliath. Indecently, this is the same mentality that drove the British public to vote to exit the EU in the much publicized Brexit referendum. The only victory that was ‘less’ popular was Portugal. Why? Because, in many eyes they won in an unattractive way.

So what does this have to do with fintech, brokers and trading? Much has been said about the rising marketing costs and stricter regulations that are making the market difficult for the smaller guys. At the same time, we are being told that as consumers we are becoming brand agnostic. I do not share the latter thought.

We, as consumers, are looking for value for money, but we are also looking to trust our suppliers. Having said that, we either want the Davids of this world to win or we want our champions to be graceful but strong. This makes brand positioning and reputation management a key tool for any business. We, as marketers, need to know where our points of value are for our clients and make sure that we broadcast this loud and clear.

We can also link the stories in sports to social trading and how traders are willing to copy other successful traders no matter how big they may be.

From a trader’s perspective, we learn that trading strategies need to be smaller, and most of all focused on results across the board. Portugal won the Euros not because they had a superstar in Cristiano Ronaldo – he was injured early in the game. They had to rely on teamwork, focus and determination. Your portfolio as a trader should be varied and focused on results as the sum of their parts, rather than large investments in risky instruments.

Brokers can also learn to diversify their marketing efforts and see results based on the sum of the whole rather than pure ROI from Direct Response – yes, I am talking brand awareness. The same can be said of the spread of risk and exposure. I leave it to you, the intelligent reader, to draw even more analogies….

As usual, diversification is the key. (In everything we do) Valuable article. 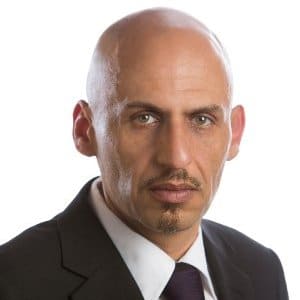