The recent price action again reached a level not far from the several high points of 2015.

In this particular case, it almost equals the maximum of September 2015, where, as we can see on the below chart, there is a potential double top in formation, which still lacks confirmation obviously.

We believe however that this pair is in a good position for a short opening with a quite acceptable R/R, although this has not been the best entry point.
We did not enter into this consideration with any fundamental aspects. If anything, the recent evolution of GDP appears to be a bit more resilient in New Zealand than in Australia.
Anyway, let’s look at the levels to monitor:

If the market moves in our favor, a first gains withdrawal will be in 1.1150 (aforementioned bottom range).

The stop loss is placed above the today’s maximum and will be moved to the break even soon as possible.. 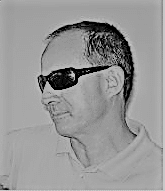 AUD/NZD - A Purely Technical Take
Web site coming soon.
Having worked more than 20 years in the Semiconductor Industry and simultaneously trading part-time in the Stock market part-time since 1999, I've been trading full-time since December 2012, focused on Currencies, Industrial Commodities and Thematic Indices. In my daily routine, I seek to exploit all trading opportunities in the above markets through a global-macro analysis and 'price action' techniques, using a moderate risk style. When inspiration emerges, I'm a blogger and I write about financial markets. I hope you enjoy my articles. Cheers.