This article is written by Tim Young.

ABOUT THE AUTHOR: Tim Young is a FTSE100 Day Trader from the UK. You can follow him on Twitter @timcyoung999 or follow his trades on the social trading site Ayondo – his trader name is FTSETrading.

Albert Einstein described compounding as the eighth wonder of the world. A few years ago 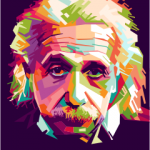 when I was working in a completely unrelated job to trading, I thought about how I could harness the incredible power of compounded returns to conduct a financial experiment to see how much I could turn £200 into in as short a time as possible. (Important – Don’t ever trade with money you can’t afford to lose!) I downloaded a compound interest calculator onto my smartphone and was astonished at the potential returns. Let’s say you were spreadbetting the FTSE 100 and you had £200 in your account.

Armed with some basic technical indicators to indicate oversold and overbought conditions I set about trying to scalp 10 points at a time on the FTSE. Each time I achieved 10 points I increased the stake by 10%. Let’s say you started at £2 a point and increased the stake by 10% each time. If you were lucky enough to achieve that relatively modest points target each time, guess how much the stake would be after 100 trades?
Well the answer is an astonishing £42,265.28 per point. You’re probably thinking “Yes, but you’re never going to do 100 winning trades in a row!” Amazingly within about 3 months my account had grown to over £7000 and within another 6 months it was up to about £42,000. I had visions of being the richest man on planet earth!

Unfortunately after the total had increased to nearly £84,000, I took on far too much leverage and the metaphorical tower I had been building came crashing down. Even though I was playing with “The House Money” after taking my own £200 out plus some of the profits, the emotional impact of losing money was devastating.

While I was at the peak of my success a wise person advised me to take out a lot of the money because “The Market has a way of calling back it’s loan.” How right he was!
The main 3 lessons I learnt from this experience were:

1. Don’t trade with money that you can’t afford to lose
2. Try to incorporate the power of compounding/exponential returns into your strategy
3. DON’T OVERLEVERAGE!
I have since gone back to the drawing board and totally redesigned my system, and am now consistently growing my FTSE 100 Day Trading account, but not nearly as fast as before!

I find this story hard to believe – multiplying your account 210 times in 9 months ?!
It’s stories like this that attract a lot of bleary-eyed novices to Forex&CFD markets hoping to strike it rich. And then we’re surprised the failure rate among traders is so high.

first of all, the problem is that you had fixed target. you tried to scalp 10 pips all the time. it never work in long run. While price action often repeats itself over and over again but targets and pips count change from time to time. For example in mid 2013 my targets for GBPNZD was about 13-17 pips every trade but in the past 2 months my targets have widen to somewhere around 20-35 pips. why? Because pips count change all the time. Look at chart for the exact same pair from 2008 and compare it to 2014 and… Read more »

Hi – I can assure you it is true – I did have to put a bit more margin in when the account was in the £hundreds but I took this out again. It just illustrates the power of compounding. As the article says – I took on too much risk and then lost the bulk of my profits – so it does show the pitfalls of leveraged trading as well. I actually take it as a compliment when people don’t believe me!

Don’t worry Tim, I believe you as I did a similar feat myself I was completely in the Zone at the time, like driving a Ferrari a maximum speed on the Autobahn knowing that one little bump or rabbit running across the road could bring ruin while at the same time knowing you are getting to where you want to go so much faster.

We actually met and interviewed Tim – for the full interview check https://www.youtube.com/playlist?list=PLnSelbHUB6GQksHdISlsgWj9zZdCD0Ziy

Its very believable, and I believe what he’s done is most certainly achievable. I do think however like Dukoff points out, that a fixed target may not have been ideal and in fact may have limited the accounts real potential and possibly prevented the unfortunate loss which happens to so many. Its my opinion only that it would be probably more suitable to maintain a consistency to keep risk factors in check at all times, while using the power of percentage targets recalculated each day to fully maximize lots and profit targets and here’s why I feel this way: Say… Read more »

An Experiment in the Power of Compounding
wpDiscuz