Yet another stellar volumes report joins the ranks of brokerages which are reporting a strong recovery in business conditions during the month of September. The first major Japanese forex brokerage to report its trading volumes for the month is the second largest – DMM Securities.

The company’s clients have jumped in on the bandwagon of higher foreign exchange volatility in September and traded $563.8 billion (¥61,823 billion) during the month. The number represents a rise by a touch more than 70% in a single month and about 15% higher than a year ago. 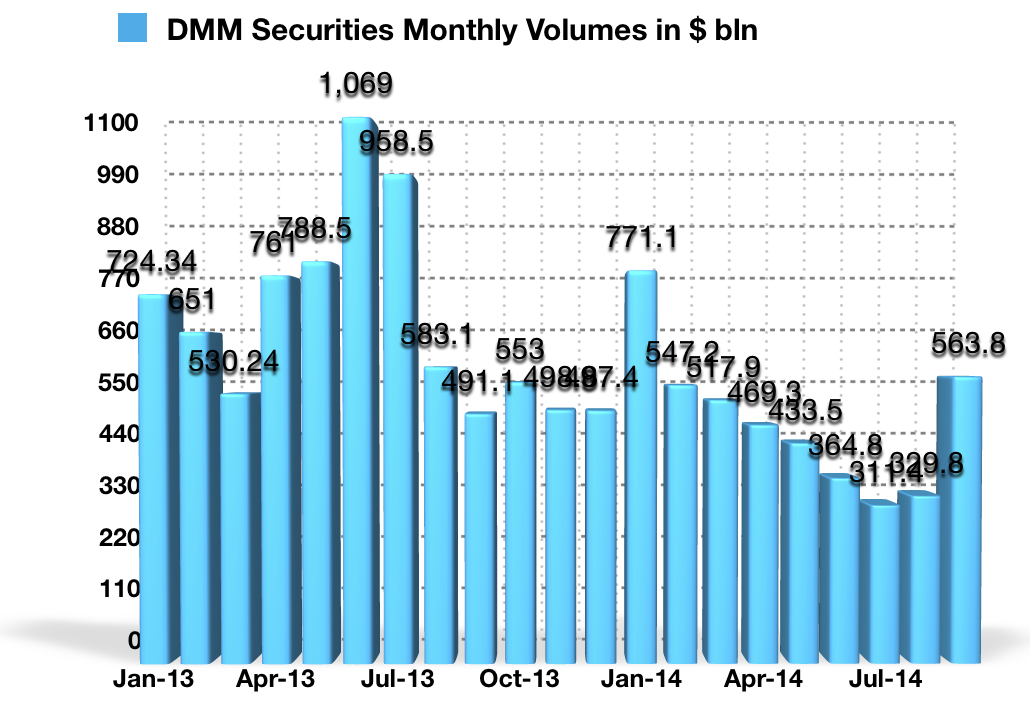 This number comes as no surprise as activity on the local foreign exchange market has picked up materially, driving the USD/JPY to the highest level since 2008. DMM Securities’ trading volumes number is the second highest this year, after a touch better performance was registered in January.

Contrasting to the last time we saw this elevated activity on the Japanese forex market, this time volatility is more likely to persist, making September only the first month of many of higher activity across the board.

Forex Magnates reported back at the end of August that market conditions were favorable for the industry and that we were very likely to see FX volatility picking up materially after hitting 21-year lows earlier this year.