Spain’s Finance Ministry, otherwise known as ‘Tesoro Publico’, has issued a 50-year bond for the first time in the country’s history. Spain sold a total of €1 billion through BBVA and Caixabank in a private placement. The long-dated bond issue bears a coupon of 4% and matures in 2064.

The timing of the issue takes advantage of the recent fall in borrowing costs across the Euro-Zone, primarily due to European Central Bank (ECB) monetary policy suppressing long-term bond yields.

Last month, Inigo Fernandez de Mesa, Head of the Spanish Treasury, was quoted as saying: “We don’t rule out making a 50-year private placement since demand for ultra-long maturities among international investors has intensified,” in an interview for Spanish newspaper ‘Expansion’. In a press statement, the Spanish Treasury confirmed that the 50-year issuance “is aimed at spreading debt over a longer term and diversifying Spain’s investor base.”

The Importance of Funding

Fifty year bonds are of particular interest to insurers and pension funds because they are attracted by the ultra-long maturities, whereas the funds industry is likely to be less interested. Spanish bond yields on the secondary market and yields on new issuance are at record lows with the 10-year benchmark trading close to 2.5% compared with 4.15% at the end of July 2013.

Spain’s economy is expected to grow by 1.3% in 2014 and 2.0% in 2015, according to the Spanish central bank, having been revised from 1.2% and 1.7% respectively. In fact, after facing so many economic disappointments and hardships, including a 50% youth unemployment rate, Spain has had one of the highest growth rates in the Euro-Zone over the past two quarters. 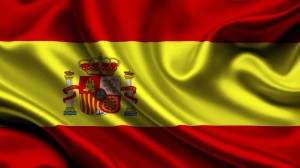 The improving economic conditions have certainly perked up investor interest in the country’s debt markets. As worries over Spain’s creditworthiness subside, yields on its government debt have tended to trend lower alongside improving investor confidence. In January of this year, Spain’s 10-year bond sale for €10 billion received almost €40 billion in demand and at its inaugural issuance of an inflation-indexed bond in May, the desired €5 billion sale attracted over €20 billion in bids from investors.

Why the Long Face?

Spain’s borrowing costs have gone through a roller coaster ride over the past 7 years as a direct result of its fiscal policy, as well as a loss of confidence in its banking system. The Global Financial Crisis (GFC) in 2008 had a knock-on effect on several European countries, including Spain, who were unceremoniously dubbed the ‘PIIGS’ (Portugal, Ireland, Italy, Greece and Spain) due to severe fiscal imbalances and under-capitalisation of their banking systems, combined with large losses linked to the sub-prime housing market in the US.

At several stages between 2008 and 2012, Spain’s access to international money markets was cast into doubt and the country was on the verge of default until savage austerity measures and ECB intervention helped to stem fiscal deficits and calm fears among market participants. With the dust now settled and borrowing costs back to ‘normalised’ levels, Spain’s 50-year issuance could be a sign that the worst is now over for the beleaguered Southern European nation.

Spain’s public sector deficit was 6.6% of GDP in 2013 and 6.8% in 2012, compared to the government’s official target of 6.5%. When including banking aid, public sector deficit rises to 7.1%. This year, the European Union has set the country a deficit target of 5.8% of GDP. If the government fails to extend emergency tax rises and enforce further austerity measures, the fiscal deficit is likely to remain around 6.5% of GDP. 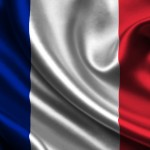 Few other countries have ventured into the ultra-long dated bond market. Italy issued both 50-year and 40-year bonds earlier this year, raising €500 million in each sale. The only other European countries with such issuance is France and Austria, having offered 50-year bonds in 2005 and 2012 respectively. 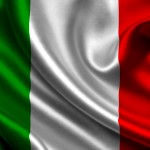 Austria was able to make its issue despite its government debt being downgraded from AAA in January 2012. Demand for French and Austrian 50-year paper has been good although given the private nature long-dated placements, it’s less clear how the demand would be affected if issuance was tendered publicly. 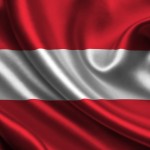 Another country entering the 50-year club is Canada, having sold its first batch of such bonds in April this year in a bid to take advantage of low interest rates. 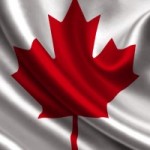 Canada’s former Finance Minister, Jim Flaherty, first unveiled the bond proposal in the 2013-14 budget announcement saying the Treasury “wanted to extend the maturity of its own bond portfolio in a bid to lock in low interest rates.” Adding, “The issuance of bonds in the ultra-long sector would contribute to a reduction in refinancing risk at a low cost.”

Nice from Far, but Far from Nice


The credit crisis forced the Spanish economy to re-balance towards transparency and sustainability. However, with the economic recovery starting to gain momentum, we can see a reversion towards excessive government spending as risk-taking and leverage begin to enter the fray once more. Despite the shock and awe response to fiscal imbalances initiated by the ECB/IMF/EU, Spain still hovers on the verge of failing to meet its budget deficit targets and its banking sector remains anemic  as it was 5 years ago.

From a broader perspective, the same challenges remain as they cannot be fixed with lower yields and higher investor confidence. Spain and Southern Europe in particular continue to suffer from a demographics standpoint as longevity rises and birth rates fall.

Pension liabilities are rising while revenues required to sustain them are flat. Over time this divergence is only amplified. Exacerbating this issue is the ‘brain-drain’ that keeps enticing the most skilled workers abroad, which means relatively lower productivity domestically. This factor continues to undermine Spain’s growth and recovery potential.

There May Be Trouble Ahead

The tendency towards longer-dated bonds is likely to spread to other countries because funding government expenditure at lower maturity dates is becoming increasingly difficult. Inflation-linked bonds are also a popular vehicle as a protection from possible inflation effects in the future.

For the time being, buoyant equity markets backed by resolute corporate earnings is the preferred asset class for many investors instead of government bonds backed by over-indebted countries. Even though the credit crisis has come and gone, most developed countries remain more indebted in nominal terms, not less.

Austerity measures launched across the developed world have only served to slow the rate of debt acquisition, with the overall debt overhang still growing only at a diminished rate. Reducing nominal debt has not even begun, which may help explain the increasing popularity of long-dated bonds – policymakers prefer to stretch, delay and put off the most difficult policy decisions that will probably require partial defaults, ‘haircuts’ and a fundamental rethink of predominant Keynesian economic principles.

Share this article
Tags: ecb / traders
Got a news tip? Let Us Know