Investment banking is going through a tough time – with market volatility remaining flat in most asset classes, revenues earned from Foreign Exchange (FX) trading this year have fallen faster than at any time since the Global Financial Crisis (GFC).

According to data published by ‘Coalition’, an analytics company covering the global banking industry, “Earnings from FX trading have been the worst affected trading area at investment banks in the first half of 2014.”

Revenues at the 10 largest investment banks in the US and Europe fell 5% YoY in H1 2014, while FX revenues were 35% lower over the same period. A 13% decline in fixed income trading also contributed to the woe. The FX numbers stand out the most because it’s the largest year-on-year decline since 2008. A year in which the definition of the word ‘volatility’ had to be redefined to fit unprecedented market developments, including multiple record-breaking government bailouts, the seizure of the US investment banking industry and severe price tilts in all asset classes without exception.

According to ‘Coalition’, the sharp declines in revenues across all trading divisions can be largely attributed to recent regulatory issues which have forced many top-tier banks to suspend or terminate their senior traders and key front-office personnel. The looming investigation into FX rate manipulation by a combination of regulatory authorities including the FCA, could potentially involve every top-tier bank considering the enormity of the FX market and its dominance by a handful of banks.

Another interesting factor identified by the analytics provider is the accelerated shift from voice to electronic trading that has occurred at most major investment banks following the revelations of market rigging and price manipulation. Does a move to electronic platforms reduce the propensity for market abuse? The banks seem to think so.

In terms of head count, the bulk of the job cuts have come in fixed income related roles, according to Coalition. Sustained earnings under-performance in fixed income divisions going back to 2012 due to ultra-low interest rates combined with equity market strength has meant that on average, the top 10 banks have cut front-office roles by 4% and fixed income roles by 9% in the first half of 2014.

Costs Up, Revenues down, Profits Unchanged


“Only a handful of market leaders remain committed to a ‘complete’ service, while the other banks have refocused their strategies around client, product and regional strengths,” says Coalition. Adding, “Compliance costs had risen in fixed income divisions, while new reporting requirements and the shift towards automated trading had added to the costs of technology.”

The research firm states that job cuts and lower bonuses allowed investment banks to limit the squeeze on their margins however. Profitability has been stung but not incapacitated by the whirlwind of crises that have hit the banking industry over the past few years. In their report, Coalition forecasts that declines in fixed income revenues will slowdown and total 9% by the end of 2014, a relative improvement on 2013.

On the positive side, Mergers and Acquisitions (M&A) activity in the Americas as well as eager IPO participation by budding entrepreneurs – boosted by consistently higher highs in equity indices globally – have helped to boost banking revenues by 21% so far in 2014, when compared to the same period in 2013. 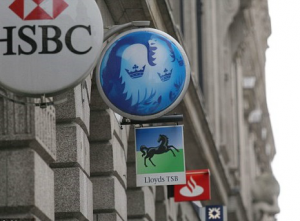 With 80% of total FX market volume going through 10 banks and now those same banks are in the dock for alleged FX rate manipulation (not forgetting the confirmed manipulation in other markets), it highlights just how ‘oligopolised’ and ‘cartelised’ FX trading has become at the institutional level.

Furthermore, it is claimed that only a ‘handful of bad apples’ were responsible for the market abuse that admittedly occurred in FX, interest rate, LIBOR, commodity, mortgage and insurance markets over the past few years. In all communications made by penalized banks, the underlying point tends to be that only a select few rogues acted independently without senior approval whilst deliberately avoiding oversight and compliance procedures.

With Coalition’s research showing front-office layoffs and related regulatory investigations having helped to “exacerbate the sharp declines in volumes,” it may be an indication that those same bad apples were contributing a significant amount to banking revenues, i.e. they were star performers that delivered revenue and profitability on a large scale and were rewarded accordingly. Ergo, if their contribution was significant it makes no sense that their activities were concealed or went unnoticed.

Is it possible that banks colluded on a grand scale to reap maximum rewards from the FX market but are now suffering due to the regulatory and media backlash?

According to Coalition’s research it appears this may be the case. In addition, it now seems highly likely that the market abuse engaged in by banks in FX and other markets was far from isolated or limited. On the contrary, it appears abusive activities have been ongoing for several years and their participants rewarded with lavish financial compensation.

Quite a far cry from the ‘lone-wolf’ context being promoted by bank PR teams as they engage in damage limitation across all business divisions operating globally.

Share this article
Tags: Banking / fx
Got a news tip? Let Us Know