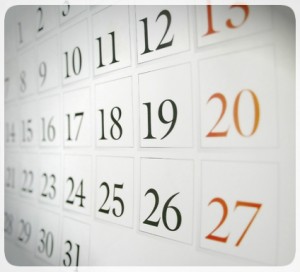 China is in prime focus this coming week as a barrage of data is likely to augment several market themes and influence all asset classes.

Trade Balance figures released earlier today indicate a surplus of $45.4 billion ($41.6 billion). More weight in favour of the USD against CNY at market open on Monday.

In terms of trade and speculative attention, the most important data point for China is likely the Consumer Price Index (CPI). This is a vital data point as it will likely give speculators a cue as to which side of the inflation fence the PBoC is sitting on. A low figure below 1.3% would encourage further easing measures. More likely, a higher than expected reading adds further pressure on the PBoC to reign in rampant commodities and food price rises across China.

Europe, Japan and even New Zealand have all taken measures to try to and boost their inflation figures (with varying success), and China is no exception with lending to major banks growing steadily. Consensus market estimates suggest a repeat of last month’s 1.6% YoY increase – failure to reach that level could mean the AUD and NZD will suffer.

Note: Tuesday is a US, French and Canadian Bank Holiday.

The RBNZ took an expectedly dovish turn last month but the NZD still suffered. Despite proclamations that the currency is overvalued, its decline is a boon for Kiwi producers and exporters. Along with the Financial Stability Report, Governor Graeme Wheeler will be giving a speech to elaborate. The report may not provide much new insight since the RBNZ meeting wasn’t that long ago, but could clarify the specifics as to why hawkish policy is being dropped.

This past week, there has been supposed discord between the European Central Bank (ECB) President, Mario Draghi, and his fellow committee members (regarding QE). The ‘supposed’ discord was nowhere to be seen when Mr. Draghi said the ECB was unanimous in its decision to “soon start to purchase asset-backed securities.” The euro fell in all pairs, especially against the tapered USD. Anaemic industrial production figures at this stage will be yet more cuts to the thousands already received by the single currency.

The previous inflation report was defined by Mark Carney’s reigning in of the sterling stallion by declaring, “Monetary Policy Committee has no preset course.” The comment signalled to investors to hold back on their assumptions of a straight line higher in interest rates. On Wednesday, a ‘wait-and-see’ tone is likely to predominate, which doesn’t help GBP pairs.

Market consensus suggests a 0.1% quarter-on-quarter increase in Q3 although the previous two data points missed their expectations. The EUR could be facing a zero or negative GDP figure which would only create more panic among shaky EUR longs and add fresh impetus to momentum growing EUR shorts.

Despite the Fed’s macro optimism in the US economy and the foreseeable possibility of raising interest rates, that feeling of goodwill has not overlapped into the retail sector in the US. Retail sales figures have been a black patch on the recovery story – missing 5 of the past 6 estimates. A positive recoil would add further strength to the USD but another lacklustre figure could deflate the US dollar’s recent upturn.

The retail sector and consumer demand in general is estimated to represent 30% of the US economy and is often cited as the growth engine of the US. If so, retail sales figures will have to start outpacing their expectations for the Fed’s presumed growth story to remain consistent.

Brisbane will be the epicentre of global politics when the world’s most powerful leaders and their entourages converge on the city. A range of announcements and developments are most likely, regarding foreign exchange, banking, trade, commerce and international finance.