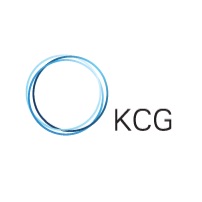 An announcement made by KCG Hotspot to clients, vendors and FX market participants reveals that all due diligence procedures have been passed and the takeover deal between BATS Global Markets and KCG Holdings is clear to move forward.

At the end of January, BATS Global markets announced that it will be acquiring the foreign exchange unit of KCG holdings, KCG Hotspot. While earlier reports circulated a figure totaling about $400 million, in the end the leading global stock markets operator has submitted a $365 million offer with some additional benefits for KCG holdings in the form of tax benefits.

According to an official letter sent to clients of KCG Hotspot, there are to be no material changes for the conditions to which the customers are used to after the conclusion of the sale of KCG’s foreign exchange unit to BATS Global Markets, which is expected to close by the end of the second quarter of 2015.

In the letter sent out to clients by Bill Goodbody, he stated, “BATS share the same focus on technological excellence and client service as we do, it also brings deep experience and insight with regard to operating global multi-asset class markets and the focus to further accelerate the venue’s expansion.”

Speaking to Forex Magnates earlier this month, the newly appointed CEO of BATS Global Markets, Chris Concannon, shared that the company did not intend to make any changes on an operational level for the time being.

Last month, KCG Hotspot reported its fourth best month since inception in terms of trading volumes and a record trading day on the 16th of January, just after the Swiss National Bank sent the FX market into extreme volatility mode.

Share this article
Tags: Bats
Got a news tip? Let Us Know