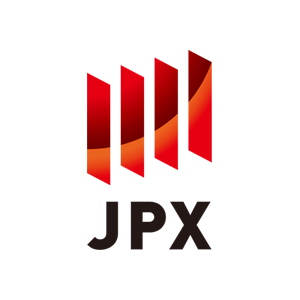 The corporation behind the Tokyo Stock Exchange (TSX) and Osaka Exchange (ex-Osaka Securities Exchange), Japan Exchange Group (JPX) has announced in a press release today that it will be aggregating its over-the-counter (OTC) derivatives offerings onto the floor in Osaka. The move comes after the Group was formed by merging the tow exchanges back in January last year, so it may not be a big surprise.

Additional convenience and the lack of necessity to subscribe to different offerings makes the shift a logical step that fully asserts Osaka Exchange’s position as the main provider of derivatives products in Japan. It was formed by the merger of the two companies on January 1, 2013.

All offerings will be consolidated onto the Group’s derivatives trading system – J-GATE, which is powered by technology from NASDAQ OMX. With the convenience of bridging a rather different range of derivatives into a single offering all major asset classes are now available to trade from the same location. All products tied to the Nikkei 225, TOPIX and Japanese Government Bonds (JGBs) will be available for trading and fully operational until 3am on the next day.

The Japan Exchange Group is aiming to increase its competitive offerings as it strives to reassert Japan’s position in the region. After the rise to prominence of Hong Kong, Singapore and Sydney-based exchanges, the competition has never been fiercer in Asia.

The Group’s CEO, Atsushi Saito stated that, “Following last July’s cash equity market integration and consolidation of self-regulatory and clearing operations, today’s derivatives market integration completes the consolidation of our operations as part of JPX’s ongoing efforts to raise the international competitiveness of the Japanese securities market. We believe that market participants will be able to look forward to even more convenient and reliable market infrastructure, and we will continue to work to build attractive markets for all market users. We launched futures contracts on India’s CNX Nifty index today and will also be relaunching the 20-year JGB futures market on April 7 as we continue to broaden our derivatives product lineup.”

In recent years the Group has already expressed its concerns about the SGX taking over the Australian Stock Exchange (ASX) which would imperil its international competitiveness. With that cornerstone out of the way it is up to the Group’s management team to maintain the company’s current favourable position across the globe after the merger between TSX and OSE was finalized last year.

Japan Exchange’s Group COO, Michio Yoneda revealed that, “Today’s derivatives market integration was made possible with the cooperation of trading participants, information vendors, and other market users. We would like to take this opportunity to express our appreciation for their continued support and understanding and look forward to working together to further develop the securities market.”

Share this article
Tags: Japan / otc
Got a news tip? Let Us Know