The following is a sample from Yael Warman’s guest article in the brand new FM Intelligence Report.

Competition for forex brokers in the West has become increasingly difficult to fare, disposable incomes have decreased and regulation has become stricter and so brokerages have turned to Asia, and China in particular, as the shining star in order to help their businesses grow. 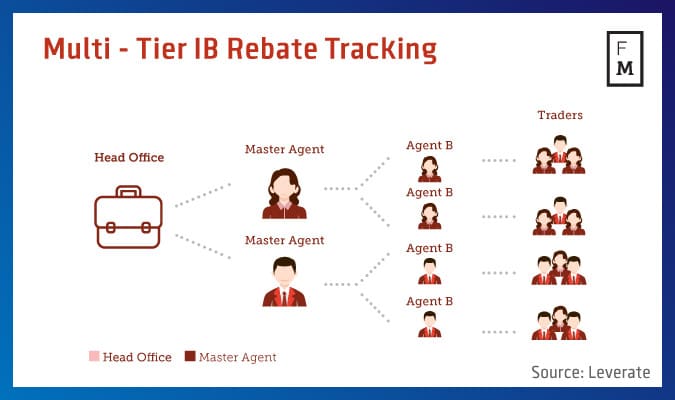 As opposed to the West, where only about 2% of the population have the ability and disposable income to invest, the Chinese have a great tendency to save money, allowing brokers to target not just the wealthy, but the average household, by offering money management services.

Asia is huge. China alone presents a tremendous opportunity in terms of population, but in addition, there are 17 other territories worth exploring in order to expand your FX business into the region.

Asia is pretty much low-hanging fruit, however, companies moving into the region need to understand that in order to succeed in Asia, they need to adapt to the market and embrace the differences between the way things work in the West and the way things work in Asia in terms of culture, the way of life, technology and more. Asia presents brokers with incredible opportunities, however, to succeed in Asia, you must be in Asia.

A technology partner that has travelled the path before you can be a great asset.

Some of the challenges brokerages face when entering Asia:

IBs: In the West, business is acquired through a vast marketing effort, affiliates and a small percentage of acquisition comes from IBs, whereas in Asia, IBs are kings. Investing your efforts in acquiring and retaining IBs properly is a sure bet and partnering up with a tech provider who has tools available to manage IBs may mark the difference between succeeding or not. Most IBs in Asia are small, handling anywhere between 5 and 10 traders each and earning commissions ranging from 0.6 pips and 0.9 pips.

Social: The use of social media in Asia is massive, with platforms such as WeChat holding over 650 million users and Facebook having its 3rd largest user count in Indonesia. Social trading is being vastly used as a marketing tool for IBs in which they, as well as their traders, can transparently see the management of their funds.

Payments: In Asia, payments are processed by local providers in 17 territories. In China, UnionPay has a 100% brand recognition and in Southeast Asia, payments are processed typically by GCash or DragonPay in the Philippines. The typical PSPs used in the West are more often than not unable to process payments in the region, and brokers determined to use their trusted PSPs from the West face problems when trying to get finds in and out of the country.

Hosting and Execution: This is an area in which companies tend to make their most expensive mistakes. For starters, Asia is geographically far from Europe, where most data centers are located, which makes the transfer of data from Europe to Asia that much slower. In China there’s the additional issue of a challenging IT infrastructure due to ‘the great firewall of China’, high latency and an inconsistent connection quality. These circumstances combined can lead to data transfers about 100 times slower than in Europe.

Given that the Chinese put ‘performance’ as one of their top priorities when choosing a broker, these issues must be overcome in order to strive in this market. Leverate for example has local data servers for the execution and dedicated lines that accelerate the data transfer of liquidity and price feed being transferred from London, resulting in a 3ms ping time, which is equivalent to what we get in Europe. 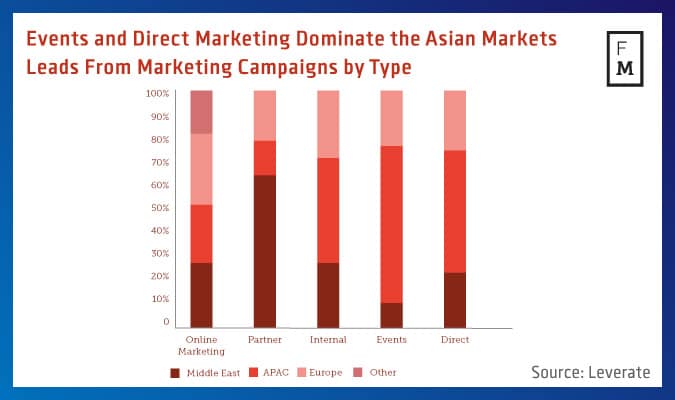 Instruments: The well-known selection of instruments and major pairs traded in the West differ from those traded in Asia, therefore A book brokers need to make sure they establish and optimize liquidity around instruments more popular in the region, such as gold, BTC, A50, CSI and Chinese stocks.

Mobile, Web AND Desktop: the World Wide Web browsers and operating systems used in Asia are not always compatible with some web and trading platforms. When developing trading platforms for the East, make sure you keep this in mind. In terms of mobile development, the Chinese have leapfrogged over PC and directly onto mobile, with a smartphone penetration of 62% and an 80% prevalence of mobile trading, so to succeed in this market, developing killer native apps and mobile sites is not just a nice to have, but a must have.

Keep in mind however, that simply translating your texts into Chinese will not suffice. Google is blocked in China, which means the distribution of Android apps cannot be done through Google Play, notifications need to be sent through various ISPs or intermediary messengers rather than through GCM and websites must be completely stripped of any Google-related paraphernalia, such as google analytics.

MAM: Money management has become a key factor for brokers in the region given the recent economic rise of China and other countries in APAC and the fact that trust plays such an important role in the Asian culture. One individual may find him/herself managing the wealth of several of his acquaintances.

SEO and SEM: As opposed to Google, which ranks websites based on relevance and quality of the content, Baidu ranks based on expenditure, followed by loading time and lastly on content quality.

Keeping these challenges and differences between East and West in mind, your potential of growth in China and APAC is immense. Consider expanding to Korea, Japan, China, Indonesia, Singapore, Taiwan, Malaysia or Hong Kong as a way of spreading your risk and growing your top line.

Want know more about the market in China? Get the brand new FM Intelligence Report: