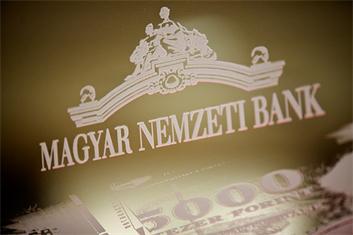 Foreign currency loans in Hungary are close to being phased out over the coming months, and existing loans will be converted to Hungarian forints at current exchange rates.

In an interview on national television, Minister of National Economy, Mihaly Varga said,“Foreign currency loans will be phased out by the end of 2015 if parliament approves two laws on fair banking and the conversion of these loans into forints this year.” The day before, the ministry signed an agreement with the Hungarian Bank Association including terms for foreign exchange loan conversions.

Prior to the recent developments, Hungarian property buyers often took out mortgages denominated in foreign currencies which frequently provided lower interest rates, but in parallel generated foreign exchange risk which was not a problem until the exchange rates began to fluctuate.

Most of the forex mortgages were denominated in Swiss francs, euros and yen and proved popular due to their comparatively cheaper repayment schedules. Mortgage payments since have increased sharply due to the rise of the Swiss franc (euro and yen) against the forint, and many households have had difficulties meeting payments.

The Swiss franc appreciated 50% against the Hungarian forint between 2008 and 2012, while property prices slumped over 20% in the same period.

The new loan conversion agreement is estimated to affect 1.3 million households in a country with an estimated population of 10 million. The Hungarian government is also hopeful that the savings generated from its citizens will be used to boost domestic consumption.

According to Hungary’s Ministry for National Economy, under the agreement banks will convert the foreign currency mortgages at either the central bank’s prevailing exchange rate on November 7th, 2014, or according to the average of the central bank’s official daily exchange rates since June 16th, 2014. The official rates quoted by the Hungarian central bank to be used for mortgage conversion purposes are: CHF/HUF: 256.60, EUR/HUF: 308.87 and JPY/HUF: 2.1630.

In a video posted on the ministry’s website, Mr. Varga said: “Households could see a 25% to 30% drop in their monthly installments.”

To finance the billions in loan conversions to be carried out by the Hungarian banks on behalf of investors/homeowners, the central bank will provide as much as €9 billion ($12 billion) in direct liquidity from its foreign exchange reserves to “avoid an unwanted weakening of the Hungarian forint as a result of the conversion.”

Despite the central bank tapping almost a third of Hungary’s ~ €30 billion forex reserves to facilitate the changes, its foreign exchange levels “remain adequate,” according to the central bank. The bank also added that the conversion will reduce Hungary’s short-term external debt, and that the decline in the country’s foreign currency reserves will be gradual a gradual process that will take place over the next three years.