There was no surprise when the BIS announced their latest results for global FX volumes for 2013. Despite, the world economy facing a miserable aftermath from the 2008 credit crisis, FX as an asset class has served well. Total daily trading volumes are averaging $5.345 trillion according to the study published today, a 30% increase from three years earlier.

The sharp rise in FX activity is attributed to several factors including; market volatility, acceptance of FX as an asset class and global distribution of the product. Cyril Tabet, Partner & CEO at JFD Brokers, believes the quality of the end product will have a direct impact on volumes, and explained in a comment to Forex Magnates: “Sustaining high standards in technology, execution, transparency, and support have proven to significantly drive volumes up.”

The 2013 BIS survey is a three-year study on the trading metrics of Foreign Exchange derivatives. The organisation that has been operating since the 1930’s sits as a central body for the worlds central banks. According to the BIS’s  US section on its website, it describes the organisation as one that; ‘fosters international monetary and financial cooperation and serves as a bank for central banks’. The BIS has been actively conducting the triennial FX survey since 1989. In the current survey the BIS has surveyed organisations from 53 jurisdictions. 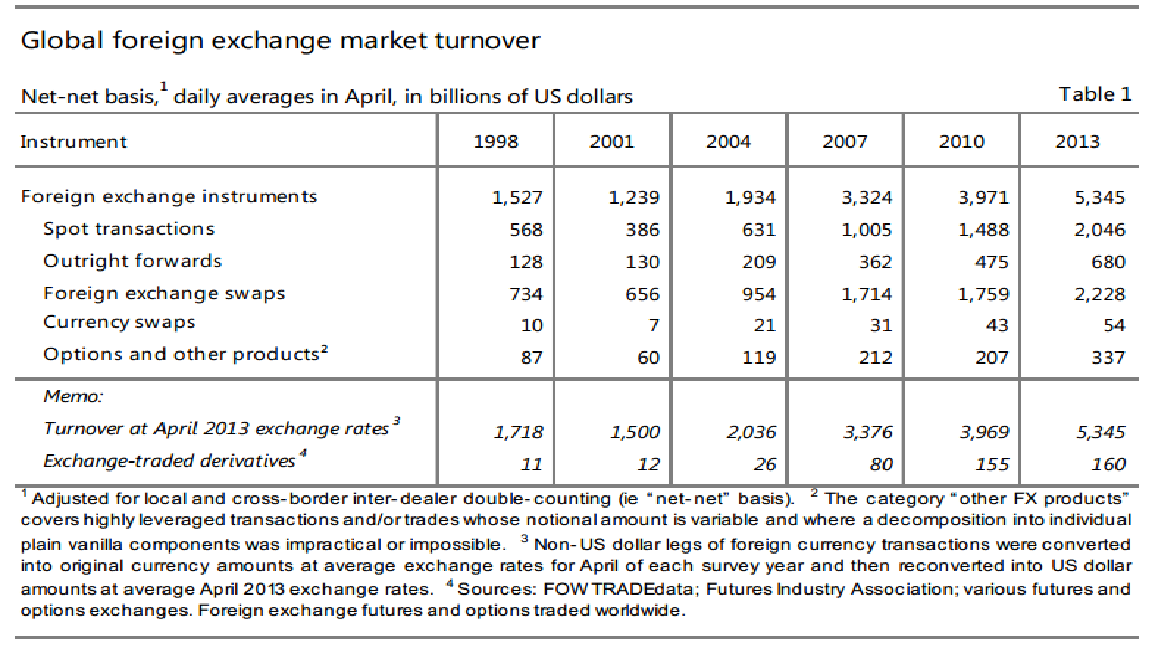 Share this article
Tags: Bank Of International Settlements / brokers
Got a news tip? Let Us Know

1) comment: 3 additional points as to why forex has grown considerably a) Electronic access is much cheaper. The world is more ‘connected’ now then it was 10 years ago with the “great equalizer” (INTERNET). Phone and telecommunications cost, including high speed internet in major cities, is very accessible. This includes the cost of laptops and desktop computers also. b) mass access to “free” algorithmic trading (metatrader 4) which has in turn increased retail and institutional end user trading turnover. Futures still requires more up-front cost to connect charting and programming packages which are often ‘sold separately’ and are proprietary.… Read more »

hello? I think the comment / subscription tool is not working. there is about 2-3 weeks worth of comments that have not been replied to. And I wouldn’t always get subscription notification. Quite a few articles over the past 6 weeks or so.