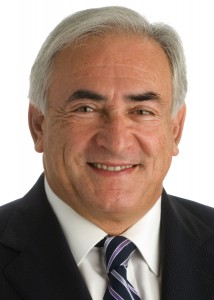 According to a report by the Financial Times, the company where former Head of the International Monetary Fund (IMF), Dominique Strauss Kahn, held 20% – Luxembourg-based investment group “Leyne, Strauss-Kahn and Partners” has filed for bankruptcy. The occurrence concludes a tragic unfolding of events where former partner at the firm died in an apparent suicide in Tel-Aviv last month.

Thierry Leyne passed away after falling from a high-rise building in Tel Aviv on October 23rd, an event which the French media reported as an apparent suicide. Mr. Strauss-Kahn left his position as chairman of the company three days earlier.

Dominique Strauss Kahn acquired his 20% stake in Leyne, Strauss-Kahn and Partners for about $12.8 million, with the bold plan to leverage his expertise to help build a multi-billion hedge fund. After his ousting as Head of the IMF in light of a criminal case relating to allegations of sexual assault in New York and the subsequent drop of charges due to lack of credibility in the alleged victim’s testimony, Strauss-Kahn ventured outside of politics.

A Switzerland-based hedge fund from Lugano was the first to raise alarm bells about a unit of Leyne, Strauss-Kahn and Partners (LSK). The fund reported to regulators that the unit had invested in Firstcaution SA (MLFIR), a Swiss insurer which LSK already owned.

The former head of the IMF still holds his 20% stake in Leyne, Strauss-Kahn and Partners. He resigned from his chairmanship last month after discovering what he called “excessive borrowing”.

According to a statement by the board of directors of the company, the board became aware of some substantial debts previously unknown, and stated that this finding “aggravates the already delicate financial situation.”

According to information obtained by the Financial Times, Mr. Strauss-Kahn admitted that he has most likely lost his investment in the firm.

Share this article
Tags: IMF
Got a news tip? Let Us Know