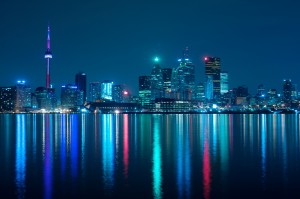 Chinese Premier Li Keqiang and Canadian Prime Minister Stephen Harper announced the signing of a reciprocal currency deal between the two countries at a press briefing, outlining that the financial capital of Canada, Toronto, will become the first official renminbi trading hub in North America.

The Bank of Canada and the People’s Bank of China signed a Memorandum of Understanding (MoU) officially cementing the position of Toronto as the first North American renminbi trading hub.

The deal will allow direct currency exchange between the Canadian dollar and the Chinese yuan, facilitating trade between the two countries and reducing the exchange rate associated costs typically arising from multiple transactions involving the use of the US dollar.

The two countries have agreed on a number of points, aiming to increase the use of the renminbi in trade, business and investments.

The new renminbi trading hub comes just a couple of weeks after one of Asia’s leading financial centers, Singapore, announced the establishment of a 200 billion renminbi bilateral currency swap agreement permitting direct convertibility between the Singapore dollar and the Chinese yuan.

Commenting on the announcement, the President and CEO of the Investment Industry Association of Canada (IIAC), Ian Russell, stated “The IIAC applauds the decision to establish Canada as the first RMB trading hub in the Americas and eighth globally.”

“This new RMB trading hub will be a catalyst for the growth of the financial services industry in Canada, both from expansion in domestic enterprise, and increased interest from foreign financial institutions and related service providers to Canada,” he explained.

Canada’s investment industry will also benefit by serving as a gateway for U.S. and Latin American firms aspiring to do business using the RMB currency. Mr. Russell concluded, “On behalf of our 160 dealer member firms, the IIAC will continue to support this government’s efforts to broaden trade and investment opportunities globally.”