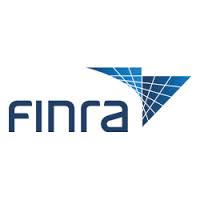 According to an announcement by the U.S. Financial Industry Regulatory Authority (FINRA), U.S. bank Merrill Lynch’s Professional Clearing Corp. (Merrill Lynch PRO) got fined $3.5 million for violating Regulation SHO. The Securities and Exchange Commission (SEC) implemented this rule in 2005 to prevent the conducting of a practice called naked short selling.

Merrill Lynch’s affiliated broker-dealer Pierce, Fenner & Smith Incorporated (Merrill Lynch) has also been fined $2.5 million for failing to establish, maintain and enforce supervisory systems and procedures related to Regulation SHO and other areas, according to the FINRA announcement.

The practice of naked short selling is a particular form of selling shares short, without actually owning them in any form beforehand. Normally, when a short sale happens the party placing the trade is required to borrow the shares from another counterpart and buys them back at a later stage to return their debt.

In the real world, naked short selling doesn’t constitute much pressure on the price of a share. While the regulators would like to show off their work and stress to the public that negative share price developments are largely caused by speculators, reality can’t be further from the truth.

When a naked short sale is conducted, the party selling short owes the shorted shares to the buyer but instead “fails to deliver”. Such trades are almost exclusively conducted by market makers on the options market, as they are required to maintain liquidity in the set market.

According to FINRA’s announcement, Merrill Lynch PRO has failed to take action and close out a set of “fail-to-deliver” positions, and did not have the necessary systems and procedures to address the close-out requirements of Regulation SHO for the majority of the period between September 2008 and July 2012.

The regulator has also found that from September 2008 through March 2011, Merrill Lynch’s supervisory systems and procedures were inadequate and improperly permitted the firm to allocate “fail-to-deliver” positions to the firm’s broker-dealer clients based solely on each client’s short position, with no regard to which clients caused or contributed to Merrill Lynch’s fail-to-deliver position.

The fines are to be paid in full by the Bank of America, as the company acquired Merrill Lynch in September 2008 at the height of the financial crisis.

Regulation SHO is aimed to reduce the number of times when a “fail-to-deliver” event occurs. Companies have been required to “close out” any fail-to-deliver positions by borrowing or purchasing securities of like kind and quantity. In the case of both fined companies under the umbrella of Merrill Lynch, the rule has not been followed.

Share this article
Tags: finra
Got a news tip? Let Us Know