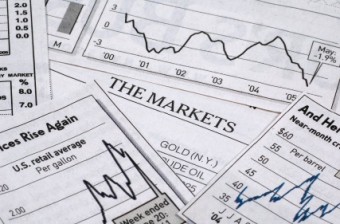 Despite touching lows just above 113.80 yesterday, USD/JPY has since ramped higher within striking distance of the recent highs around 115.60.

In data published earlier, Japan’s bank lending rose 2.4% year-on-year in October, while the September current account surplus widened to ¥963 billion yen year-on-year and the trade deficit for the same month came in at ¥714.5 billion year-on-year, up 0.1%. In early European trade, the US dollar index was marginally higher and trading close to 88.00.

Overnight, GBP/USD gave back gains against the dollar late last week after investors digested Friday’s lukewarm US jobs report. On the whole, the US jobs report was sufficiently strong enough to dissuade fresh QE and easing speculation following the Fed’s tightening stance. The US Department of Labor reported that the US economy added 214,000 jobs in October, lower than prevailing expectations of a 230,000 increase. The US unemployment rate fell to a 6-year low of 5.8% from 5.9% in September.

Macro data released on Monday revealed that Italian industrial production fell 0.9% in September, disappointing market expectations of a 0.2% gain. The soft report raises concerns that Friday’s preliminary GDP figures will show Italy has fallen back into recession after a 0.2% contraction in Q2.

A separate investor confidence indicator, the Sentix Investor Confidence index, which estimates the health of the European economy by surveying 2,800 investors and analysts also underscored weakness in the Euro-zone. In October, the index declined to -11.9 from -13.7 in October (lowest since May 2013) which is technically an improvement. However, the index remains at 18-month lows as investor confidence remains muted.