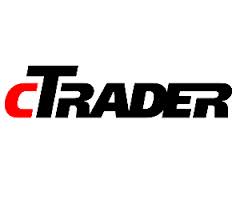 Spotware Systems, the technology firm behind the popular cTrader platform, has announced that it has introduced tick charts. The Cyprus-based technology firm has been constantly enhancing the platform since its launch 3 years ago, the latest addition comes on the back of increased client demand for robust analysis tools.

Traders in the world’s most liquid asset class have been developing their skills in understanding market behavior through the use of technical analysis, a mathematics-based approach that views historical performance to derive future movements. The latest addition to the cTrader platform signifies the high-level of literacy among FX traders with advanced requirements.

Tick charts are used by high-frequency traders who look for short-term opportunities in the FX markets. Alex Katsaros, product manager for cTrader, commented about the advantages of the new solution in a statement: “This introduction of tick charts to cTrader will let traders scalp the markets at the highest possible level, which is unimaginable for users of competing platforms that don’t support tick charts.”

The new introduction by Spotware Systems is not limited to the firm’s trading platform, the platform developer offers tick charts on its algorithmic module, cAlgo.

“By being able to use tick charts as a periodicity parameter, we’re letting algo traders take time out of the equation when creating their strategies, and instead use market volatility and inferred liquidity levels as a base for their code. In the future, we also want to allow our users to reference both tick and price data from a single trading robot,” explained Sergey Borisov, technical lead for cAlgo in the media briefing.

Traders using the tick chart functionality can draw a new bar at every tick or display an aggregated view of up to 55 ticks for each bar.

FX traders have been using tick charts for several years in an attempt to profit from small price fluctuations in the market. On a trading forum, one trader explained the benefits of using certain timeframes for tick charts, Max99 from Chicago (according to the FX Fisherman forum) said: “I make my living trading off the 1m charts (tick charts). I think trading with 15m or 1hr or more is far too risky.”

cTrader was launched in 2011 by FXPro, and since then has been added as an alternative platform by several global FX brokers including, IC Markets and ThinkForex. A review by a user on another forum site appreciated the programming capabilities of the platform, the user stated: “ (cTrader) is robust and with Visual Studio for C# development, no limits!”

The FX platform market came under the radar in 2013, after one of the world’s largest vendors amended the way it dealt with third-party developers. Since then, brokers have been exploring alternative solutions, platforms that support plugins and add-ons are favored by traders as the market moves to a notion of flexibility and customization.

good thing, I wonder why mt4 doesn’t have it. most probable is that brokers don’t want it, because in this case it would be more hard for them to prove the size of a slippage on the gaps. Anyway that’s where ctrader really made better

Let me briefly mention that FXCM’s TradeStation 2 has been having this for years. But yes, it’s good to see that cTrader also implements it.