The current leader of Turkey, President Recep Tayyip Erdoğan, entered major league politics in 2003 when he became the prime minister. In 2001, he established the Justice and Development Party (AKP). During the period when the AKP was in power Turkey experienced strong economic growth. From 2003 to 2016 GDP growth was negative only once – in 2009, as a result of the world financial crisis.

In 2010, GDP growth was close to 9.2% and in 2011 it was almost 8.8%. The country has managed to stay on the path of rapid economic expansion even though in recent years growth has been below the 4% mark.

Up until last year, the situation in Turkey was evolving in the right direction, with all aspects of the financial market giving hope for even greater prospects. However, 2016 has brought about a series of events that may be seen as small question marks on the horizon.

The clear sky of Turkey has been slightly covered by shadows of the unknown. All of the questions now being raised have their origin outside of the Turkish financial market or even the economy – they are related to global politics. 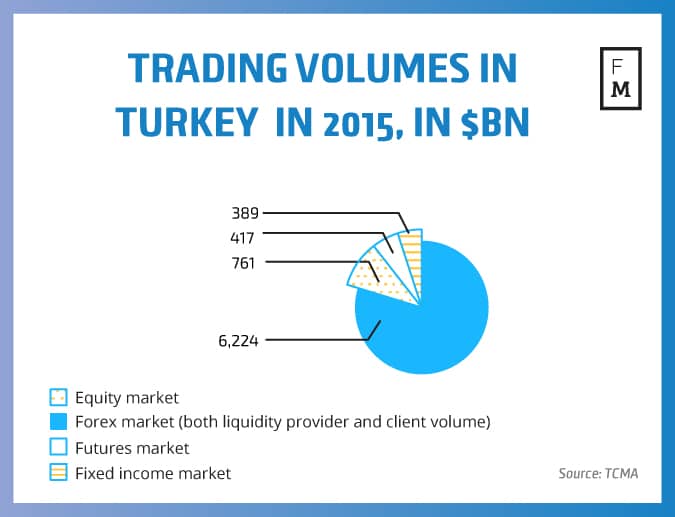 In the Global Financial Centres Index #15 from 2014 Istanbul was ranked 47th. In the latest edition (19th, March 2016), it holds the 45th position. It will be interesting to see how the failed coup affects the next edition’s decision making process concerning its ranking.

However, it seems very important for Turkey to retain a good partnership with the EU and the US. If it can manage to achieve this, the local FX industry should be able to remain on a solid path of growth. Will it evolve in a direction similar to that of Japan, where volumes are the biggest globally but only local, Japanese brokers share most of it? Or maybe, will it leave room for foreign players?

“I strongly believe that the resilience of the Turkish capital markets will endure, as seen during the recent liquidity crisis that swept the global economies as well as during the failed coup attempt. Market reaction to these events have clearly proven the Turkish financial industry’s desire and readiness to become the financial hub of the region,” said Cuneyt Akdemir, Manager at IS Investment & Securities, in an interview with Finance Magnates.

“Thus, as additional planned regulatory changes aiming to address this goal come into effect, the Turkish financial industry will see a greater appetite from local and foreign investors, as it continues to develop itself in terms of stability, range of products offered and market access.”, he added. 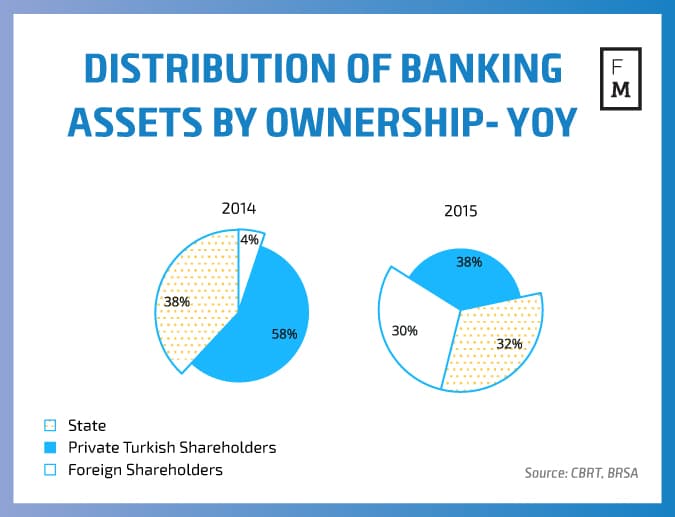 In the upcoming quarters the internal politics of Turkey will determine the further evolution of the local financial market.

This will shape bilateral relations between Turkey and the US as well as with the EU. Even the most ambitious goals may be overshadowed by potential, geopolitical tensions. Turkey needs foreign partners in order to be recognized as a financial hub in the region.