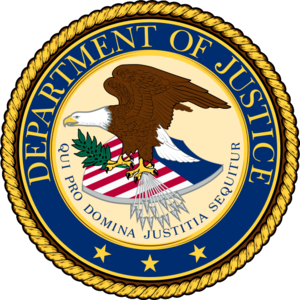 The US federal executive legal department, the US Justice Department, is believed to be probing around the $1 billion mark for monetary fines it issues to banks found guilty of their involvement in the currency manipulation cases, according to Bloomberg sources. The move adds to the financial damage banks have already faced in light of the various scandals. Several global banks have faced substantial fines in both the Libor and FX fixing cases and the latest threshold could add more difficulty to the troubled global banking system.

The news comes on the same day as UBS’ report (in its 2014 Annual Report) which stated that it had agreed to a $135 million settlement in relation to the FX fixing probes.

Five of the world’s largest banking institutions were fined amounts in excess of $4.3 billion in November last year, the penalties came on the back of investigations carried out by UK and US financial regulators. People familiar with the matter reported to Bloomberg that there are substantial pending fines which could be around $4 billion, thus bringing the total amount of fines issued by watchdogs in the last five years to the formidable ten billion mark

Investigations have been monitoring and dissecting the way bank FX traders and employees collaborated in a cartel in a bid to manipulate global benchmarks used by corporates and other banks. Recently, the US Department of Justice and the New York’s state banking regulator started probes with banks assessing the way they use practices such as last look, a method used by firms which enables them to retract from trades that they foresee to be problematic.

Several of the largest banks, including HSBC, Citi, JP Morgan, Barclays & RBS have found themselves on the radar. Banks are known to settle deals without pleading guilty as they avoid repercussions of the behaviour impacting their future business, however, both Credit Suisse and BNP pleased guilty on separate charges. People familiar with the matter explained to Bloomberg that legal professionals prosecuting Barclays, Citigroup, JPMorgan and the Royal Bank of Scotland have been pushing them to plead guilty.