According to an announcement on the website of the Bank of Israel, the Israeli currency market experienced a sharp increase in average daily trading volume during 2014, accompanied by a decline in nonresidents’ share of the trading volumes.

Throughout 2014, the average daily volume of trade in foreign currency in 2014 was about $6.4 billion, which was higher by close to 45% when compared to the previous year, when trading declined. The bulk of the increase was in swap deals, which grew on average by about 87% percent, totaling an average monthly level of $79 billion throughout 2014.

Half of that sum ($3.5 billion) was spent in relation to a purchasing program intended to offset the effects of Israeli natural gas production on the exchange rate.

Trading conducted by nonresidents declined by 9% in 2014, to about 31% of the total, accelerating the decline which started in 2013. Israelis’ average share of the average monthly trading volume increased to 69 percent. 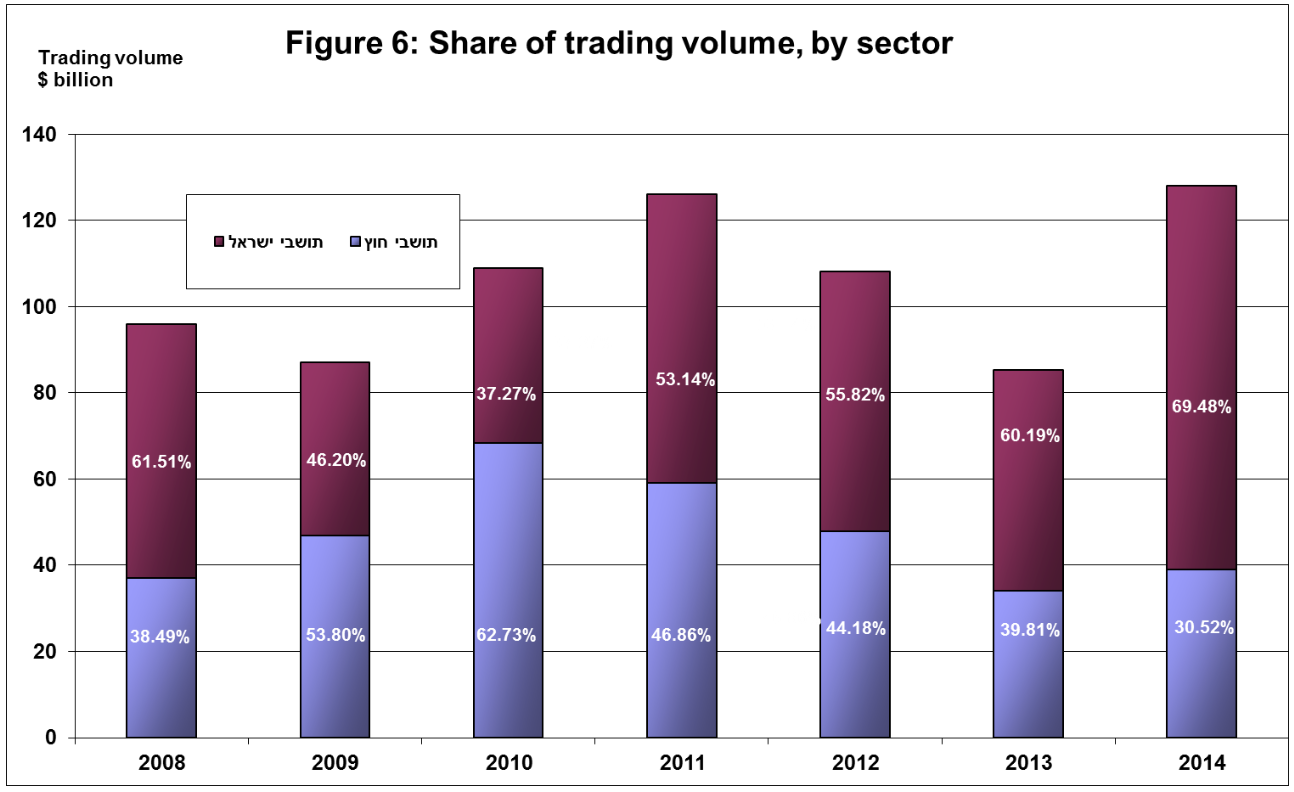 For the month of December, total trading volumes in foreign exchange was $176 billion, when compared to about $138 billion in November.

Share this article
Tags: israel
Got a news tip? Let Us Know