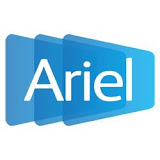 Ariel, one of the most established software development firms servicing brokers in the London FX and CFD market, has started executing its new strategy of competing in the world of open source trading.

The north London-based firm has announced that it is partnering with tradable, the world’s first open trading platform to develop a range of applications for its trading terminal.

The two firms have been in dialogue since the tradable concept first came to light and finally came to common ‘commercial’ terms which mutually benefit both firms. As part of the agreement, Ariel has been appointed as a Certified App Developer for tradable and will develop high quality, bespoke apps for brokers across the globe.

Ariel Communications was established in 1995, and holds an 18 year track record in the financial trading software industry with an experienced team of 16 in-house developers. Ariel has been at the forefront of developing highly complex, award-winning Apple and Android mobile trading apps.

Ariel will roll out its first set of apps in the middle of November. They include World of FX, Personal Currency Exposure, Order Templater and Trade Notebook.

Simon Cox, CEO of Ariel Communications commented in the official press release,“Partnering with best of breed players in the industry is a key element of our new strategy. Working collaboratively allows us to bring new innovative products and services to the market faster. This approach gives Ariel and its partners the ability to shape the future of the retail FX sector. With its customisable app-based model and App Store Ecosystem, tradable is undeniably the leader in open, next generation platforms and we are very excited to be working with them.”

tradable has had another successful year after launching the concept in 2012, the first broker went live in February and since then it has bagged two key accounts which include a leading listed broker-dealer.

However, tradable appreciates the competitive environment and believes that apps with unique value add features which are essential for tradable to compete in the platform space.

Jannick Malling, CEO of tradable adds, “Since launching as the industry’s first open platform, we have realized that it’s not just about the quantity, but the quality of the apps that are available for our platform. The platform is being rolled out by some of the world’s leading brokers and as our momentum continues to build, we remain focused on maintaining that quality by working with best of breed app developers to help us to deliver a choice of powerful apps to traders.”

Ariel has been best known for its web-based platforms used by CFD and spread betting providers; ETX and London Capital Group. Instead of continuing this process and being focused on trading platforms in an isolated form, Mr Cox explained to Forex Magnates that Ariel’s skill and expertise are beyond a single module in platform development. “We’re more than a platform provider,” he said.

Under Mr Cox’s leadership, Ariel aims to play a more critical role in the platform development market. Mr Cox, a technically sound IT professional whose experience spans over 23 years across different sectors, has been a key member of Ariel’s team since 2007, and is committed to showcasing the many competencies the firm has.

Ariel is a dynamic UK-based organisation that will take heed of the “changed landscape” according to Mr Cox. With open trading becoming more prominent and interoperability between providers the key to providing a tailored yet complete service, Mr Cox believes Ariel is catching on at the right time.