While it looks like the worst in global COVID-19 pandemic is behind us, a more in-depth analysis of traders’ behavior from Finance Magnates Intelligence shows even better results. As the March and April data from cPattern shows, retail FX traders broke all activity records but also started to withdraw money. 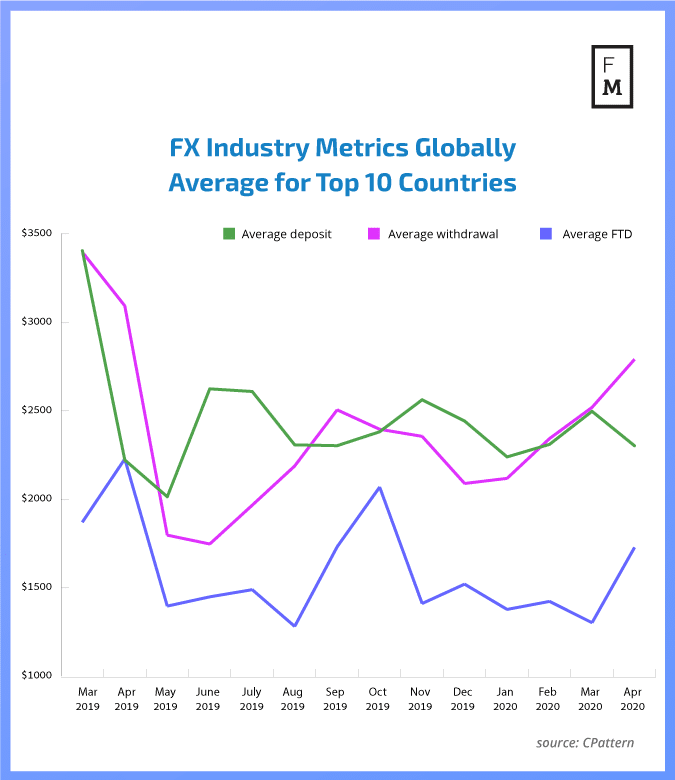 One would be forgiven for assuming that retail traders where withdrawing profits made in a period of higher activity. However, data on the average FTD (first-time deposits) also shows growth, suggesting that it could also be an explanation for eventually increased withdrawals. The average FTD grew to $1,732 from $1,307 seen in March. 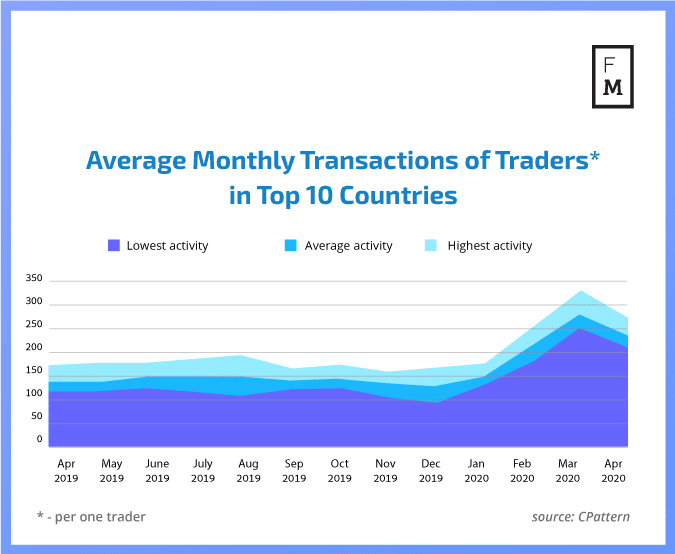