Finance Magnates Intelligence looked into the most recent cPattern data in search of industry patterns. Retail FX traders showed another strong performance in the summer of this year. 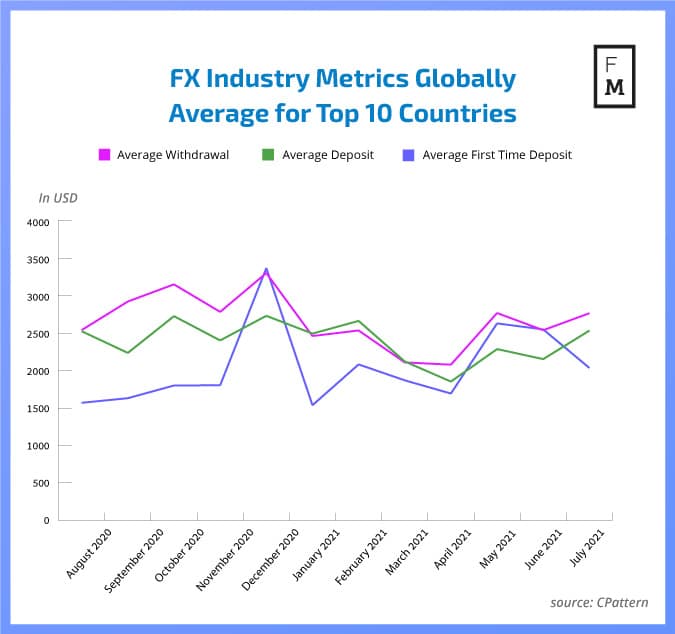 Simultaneously, an average first time deposit (FTD) decreased in July to $2,070.82 from $2,564.27, which was seen in June. This may indicate that during the summer there was lower activity and/or there was little demand from clients to open new accounts, which is normal for the summer. 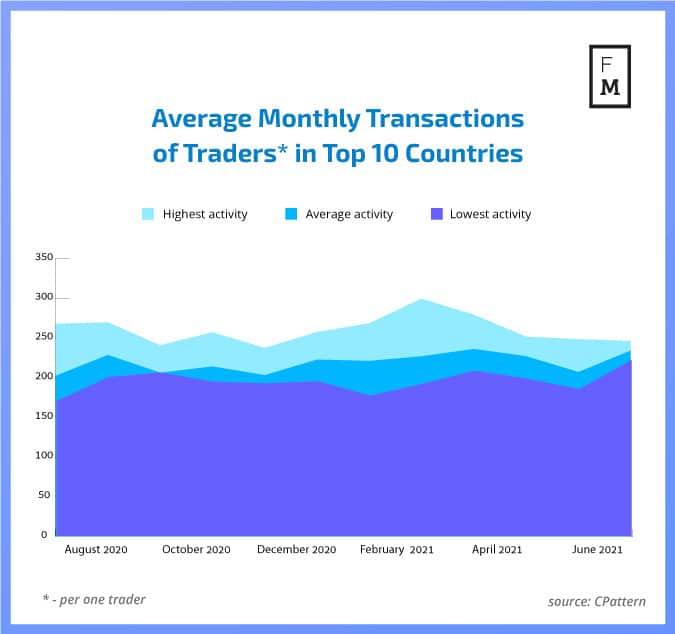 When it comes to the activity of trading itself, we can see stabilization among investors. In July, the average number of transactions per single trader among the top 10 countries was 224.8, which was a more conducive result than June’s 205.2 transactions. However, the most notable result for these ten countries fractionally decreased to 248.8 from 251.1 seen in June. Surprisingly, the premier ranked country this time was Pakistan and was not China as usual.

The total average combined monthly deposits to FX accounts remained high and was above the $10,000 mark, showing a small decrease to $10,344 from $10,902. Moreover, the average monthly withdrawal from FX accounts grew to $6,872 from June’s $5,337. This has been the highest result for withdrawals in 2021 so far. 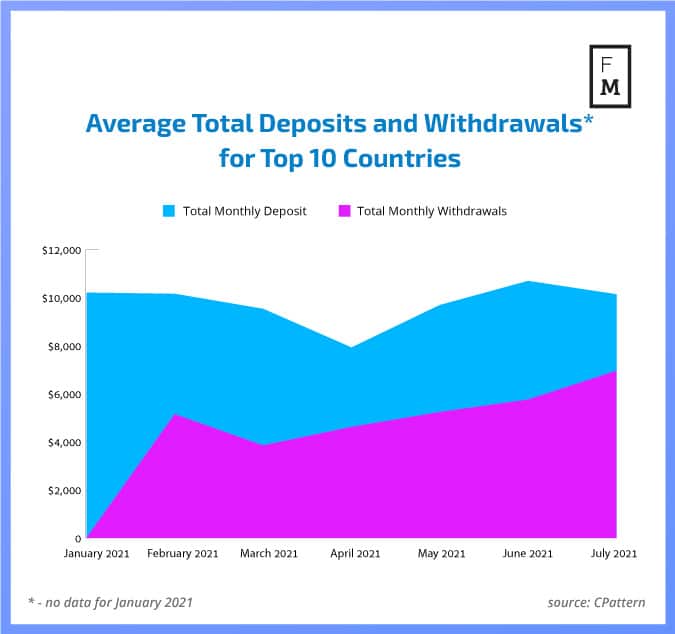