Leaving the early slowdown of 2019 behind, February brought a sense of improvement to the retail trading industry as the most recent data from CPattern revealed by Finance Magnates Intelligence shows significantly larger deposits than previous months. 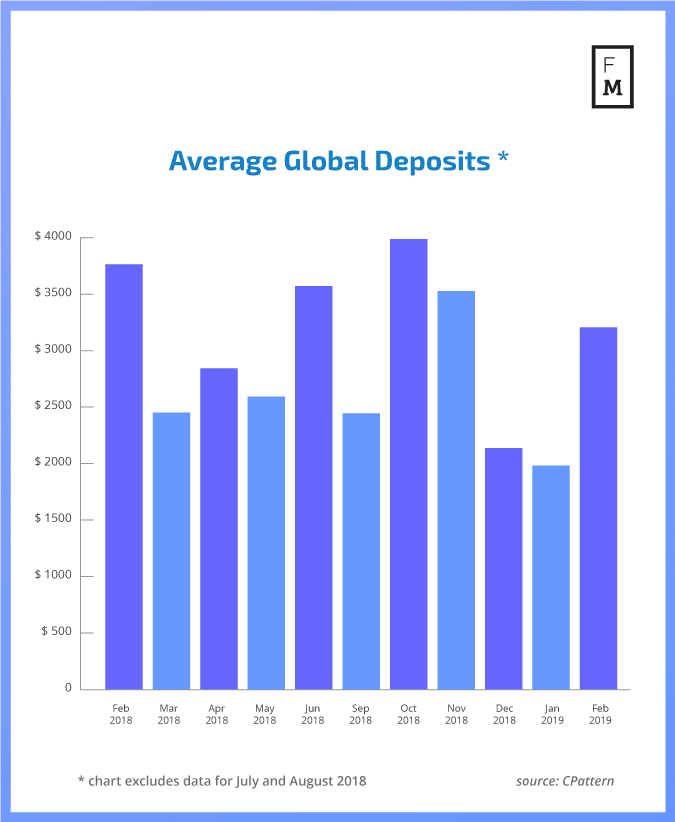 The average deposit size in the 10 top countries in our ranking grew to $3,205 in February 2019; a significant increase from $1,982 seen in January 2019. This change looks impressive, but numbers are still lagging behind those of last year. 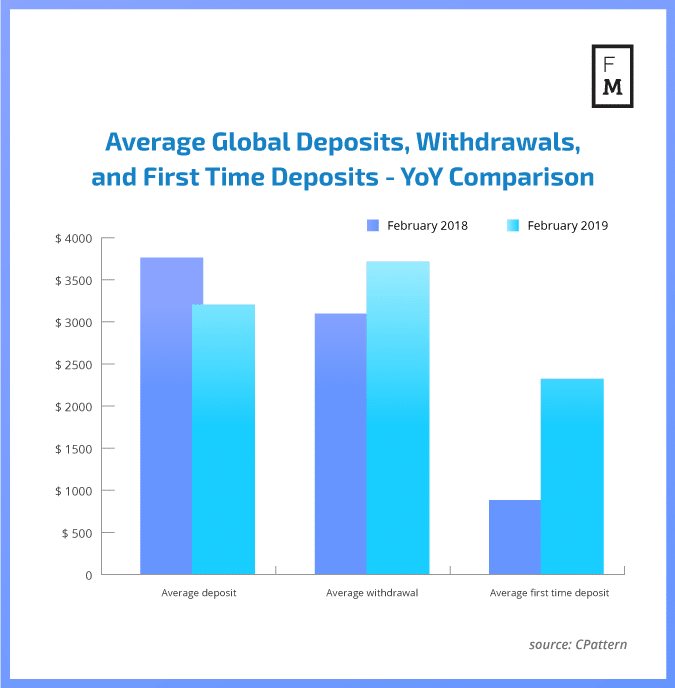 The two remaining metrics, however, show clear improvements when compared to 2018. The average withdrawal grew to $3,716 from 3,097 as registered last year.

Even bigger growth can be seen in the average first deposit (FTD) value. It grew to $2,322 from $855 in February of 2018. Are these signs of bigger trading activity to come? 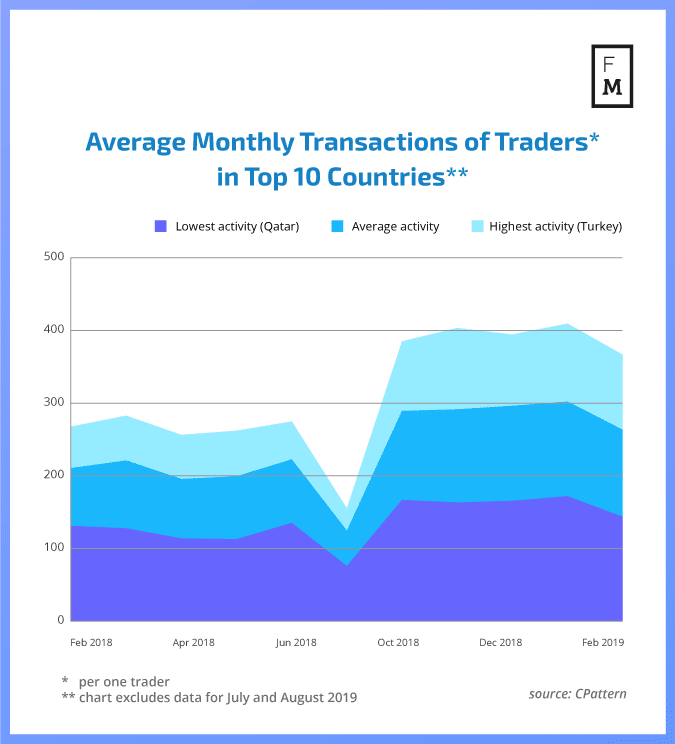 Activity Growing But Not Everywhere

In terms of trading activity, we can observe that retail traders performed fewer transactions in February than the month prior. In January 2019, a typical trader from the list of the top 10 most active countries performed 130.1 transactions on their account. In February, this number stood at 119.8 trades. 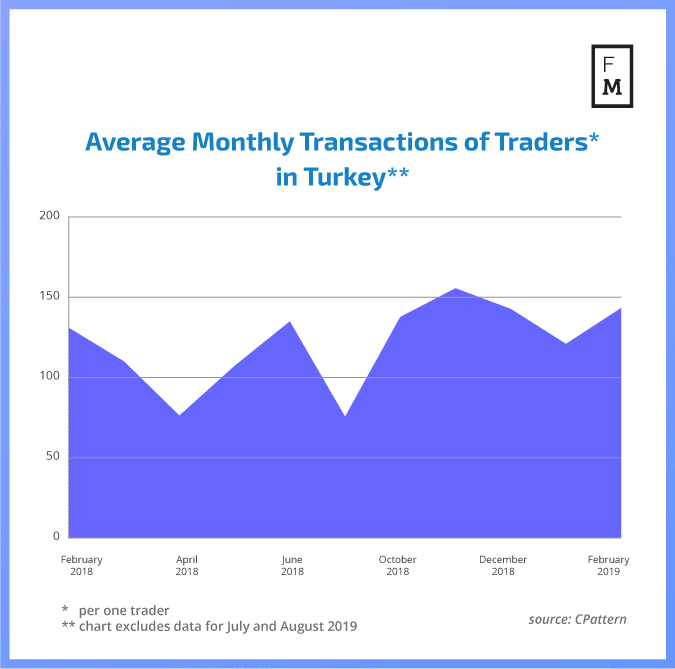 The most active traders in February came from Turkey, with an average of 143.6 trades per one trader. In the last 12 months, Turkish traders traded more only in November 2018 when they performed 155.9 transactions on average.