SWIFT has released the latest data report from its renminbi (RMB) tracker, outlining a monthly snapshot of the currency’s usage. The data reveals a continued decline of the RMB in terms of domestic and international payments by value, falling two positions in the global rankings.

Following a period of strong growth over the past two years, the RMB has found itself somewhat on the back foot in terms of its adoption. As of February 2018, the RMB was the seventh highest utilized currency, falling from fifth place just two years ago. Since then the Swiss franc and Canadian dollar have overtaken the RMB for domestic and international payments. 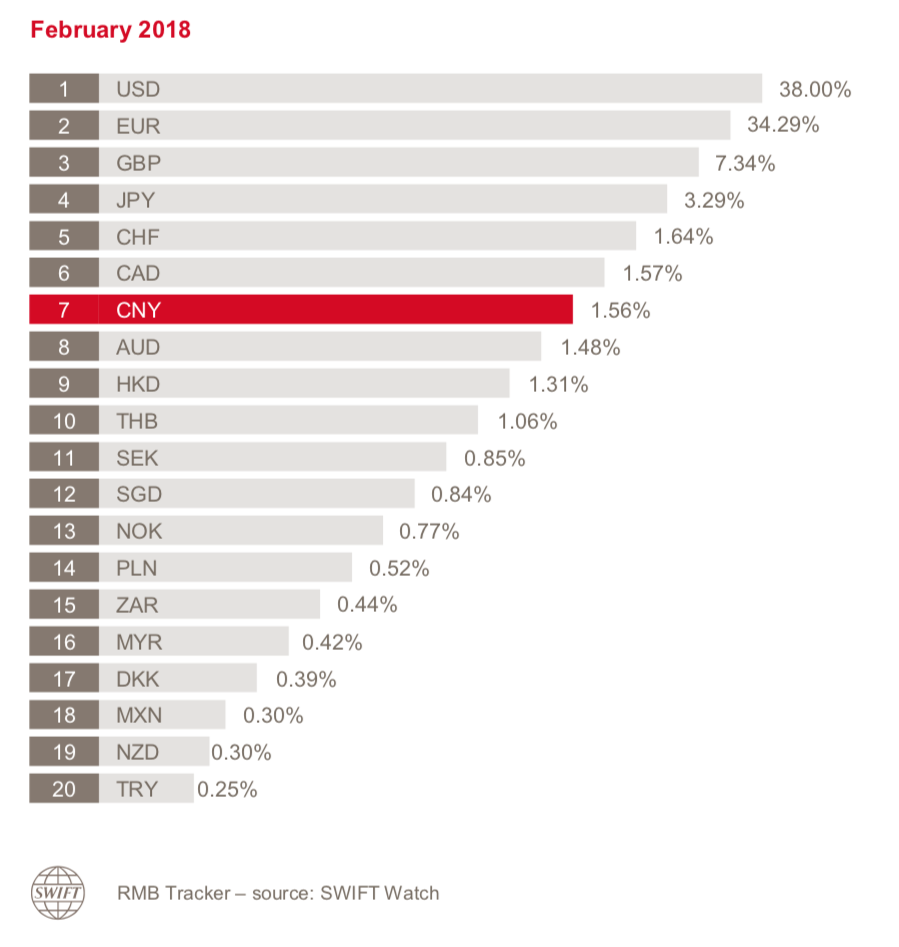 The RMB’s decline has coincided with a few factors, namely the rise of cryptocurrencies in Asia. While this is not necessarily the cause of its retreat in global usage, its waning influence over the past year has taken place in tandem with an adoption of cryptocurrencies.

While one year is too short a sample size to accurately predict future movement, it will be interesting to monitor this trend going forward. It is unknown if a pronounced growth in crypto usage will influence or erode the RMB’s usage.

Another factor that contributed to the decline in the RMB’s usage was the seasonal effect of the Chinese New Year, having taken place in February. On a month-over-month basis, the value of RMB payments also pointed lower, falling by 18.3 percent compared to January 2018. Of note, all payment currencies declined by a figure of 12.7 percent month-over-month, meaning the RMB’s decline was more apparent.