Data from the UK Cards Association is showing strong adoption of contactless payments across the UK. According to the association, £2.5 billion in contactless card transactions took place during the first half of 2015. The figure more than doubles the £2.32 billion total for all of 2014. As a result of the increased adoption of the technology, spending limits of contactless payments are being increased, starting today, to £30 from a previous £20.

As seen in the chart below, the contactless payment growth took place on a month-over-month basis throughout the first half of the year, peaking in June’s figure of £567,131,511. With the higher spending limit, contactless payments growth is expected to continue to be strong. According to the UK Cards Association, the average supermarket spend in the UK is £25. As such, the higher limit will avail the technology to handle the majority of payment transactions in the country, for supermarkets as well as pubs, cinemas, dry cleaners, pet shops and gift shops spending. 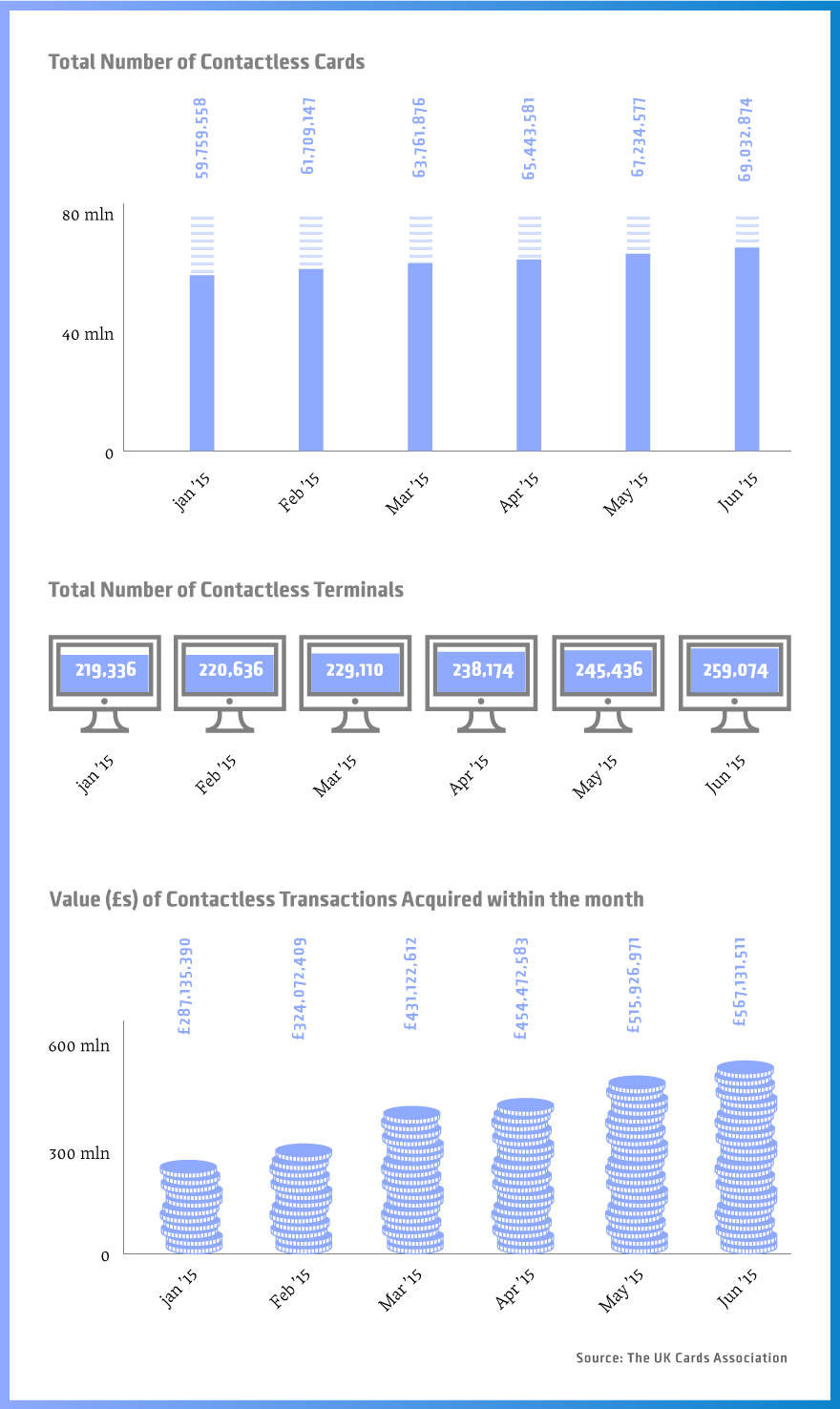 Commenting on the data, Kevin Jenkins, Managing Director UK & Ireland at Visa Europe, stated, “Contactless is becoming the ‘new normal’ as everyday Britons embrace the speed, convenience and safety of touch-to-pay technology. We’ve seen unprecedented growth in this area, with the number of Visa contactless transactions more than trebling in the past year in the UK. Today’s threshold increase to £30 gives consumers all the benefits of contactless across a broader range of their daily activities, and we expect to see this momentum continue to build as more people adopt mobile and wearable payment technology.”

Share this article
Tags: payments
Got a news tip? Let Us Know