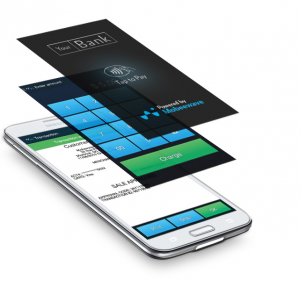 Russian-based SBT Capital announced that they have led a $6.5 million funding round in Mobeewave, a mobile payments firm that provides technology to turn any NFC-enabled phone into a secure contactless mPOS terminal to receive payments from ApplePay, contactless cards or NFC wallets. For SBT Capital, the funding represents their first deal of 2015. Among their 2014 investments, in December it was announced that they had participated in eToro’s $27 million funding round. At that time, the inclusion of SBT Capital as an investor was also seen as strategic as it would assist eToro in expanding its social trading presence in Russia.

With their investment in Mobeewave, SBT Capital is making a bet on the potential of mobile and contactless-based payments. A Montreal firm, Mobeewave’s technology enables merchants to collect payments via the Apple Pay system as well as from other mobile type wallets.

In regards to the online trading industry, during the FX Technology Panel at last year’s Forex Magnates London Summit, CEO of AlgoCharge, Sarel Tal, was asked about whether Apple Pay was a system that was important for the trading sector to be paying attention to. Tal referred to Apple Pay as a “major breakthrough.” He explained that what they did differently was to team up with major incumbents of the industry like Visa and Mastercard instead of trying to revolutionize with their own system. He explained that this approach allowed Apple Pay to “fit very well in the way we all pay for things online and offline today. They are just doing it in a way that is more frictionless and more secure.” Tal predicted that as Apple Pay is opened up to more use cases than just in-app purchases and NFC payments at offline merchants, the system will be adopted by more industries and could hit the trading world in a year or two.

One of the key values add for merchants to want to offer Apple Pay as a payment type is security and chargebacks. Since payments are linked to the fingerprint authentication on iPhones and iPads, it reduces the likelihood of fraud. In regards to a company like Mobeewave, by enabling merchants to convert their smartphone devices into payment terminals, it allows merchants to take advantage of the benefits that Apple Pay provides. The increased adoption of such mobile payments is also expected to speed up the likelihood that Apple Pay and similar mobile wallet-based payment types will become available to general eCommerce and online trading related sites.

Mircea Mihaescu, Managing Partner of SBT Venture Capital, commented on the news “We are very proud to announce the first investment of 2015. We believe Mobeewave has the potential to become the leading provider of mobile payment acceptance services. Mobeewave’s technology is designed to bring together and create seamless integration between the next generation of NFC mobile devices, banking services and merchants.”