In every business, there is always a tension between doing the right thing, i.e. that which brings the most value to the business, and ‘doing things right’. This tension has intensified in recent months for online brokers, especially in the payments sphere.

Back in August 2016 Visa announced that it would be introducing new criteria designed to examine where a merchant is conducting its business and whether that location corresponds to the jurisdictional licenses of the processors.

While seemingly a trivial matter at first, this created a massive upheaval for online brokers as, due to the decentralized nature of online business, many found themselves to be non-compliant with the new Visa requirements. What further complicated matters was that there was no clear guidance as to how the new requirements should be interpreted and in the absence of this, every PSP, acquirer and consultant came up with individual interpretations that were often contradictory to each other.

Around the same time, driven by consumer complaints and populistic media campaigns, many regulators, who in the past simply ignored the industry, began paying more attention to the online trading industry and imposing severe limitations (if not bans) on brokers’ ability to operate in certain jurisdictions.

Belgium, France, the Netherlands and Canada are all examples of major markets that have practically shut down for most online brokers.

In addition to the above, Israel, the center of gravity for many online brokers in terms of technology providers, affiliates, lead generators, and seasoned sales personnel, has been quite vociferous (especially through the efforts of the Israeli Securities Authority) in its demand to drive the industry out of the country.

Most businesses require stability in order to grow and prosper. Without stability, there can be no long-term planning, no organized implementation of processes and procedures, no training or gradual evolution and improvement. In essence, the whole organization just grinds to a halt while it struggles to survive.

The events mentioned above, each event on its own a significant disruption to the daily routine of online brokers, came about in quick succession. The events came about surprisingly, and while the writing was on the wall with regard to some of it (regulatory crackdown in particular countries, opposition to the industry by the ISA), most, if not all, online brokers were caught by surprise by the intensity and ferocity with which the events took place.

During the last few months several trends have become apparent as online brokers struggle to make sense of things and bring back some order and constancy. In this article I will focus primarily on identified trends relating to the payments sphere, although I’m sure there are many more trends linked to the aforementioned events in other areas associated with online brokers about which I am not an expert.

From Reputable Solutions to Shady Solutions and Back Again

The chaos that ensued in the wake of the publication of Visa Regulation VE 65/16, and in particular the conflicting interpretations of its directives and requirements, divided payment services providers of all shapes and sizes into two main camps:

It’s quite easy to understand the appeal of the second group. People don’t like change. Change usually costs money and time. The first couple of months post VE 65/16, many online brokers, even experienced brokers that you wouldn’t expect to see so easily deceived, were swayed by silver-tongued empty promises such as: ‘Visa rules don’t apply in country X’, ‘we have an ‘understanding’ with Visa’, and my personal favorite: ‘There is no VE 65/16, it’s just an invention of Fibonatix’.

As time went on, most online brokers realized that there was no pot of gold  at the end of this particular rainbow and that most of what was promised to them was without substance. They began to make the changes necessary to become compliant and return to process with reliable service providers.

Shifting Focus from Europe to Asia

Q4 2016 has seen a drastic shift in focus for online brokers. While some EU markets maintained their attractiveness (e.g. the UK), most online brokers have shifted their attention to developing Asian markets such as Malaysia and Indonesia.

Looking at the beginning of 2017, it seems that this trend is continuing and is expected to intensify in the future as additional EU markets impose limitations on the industry. 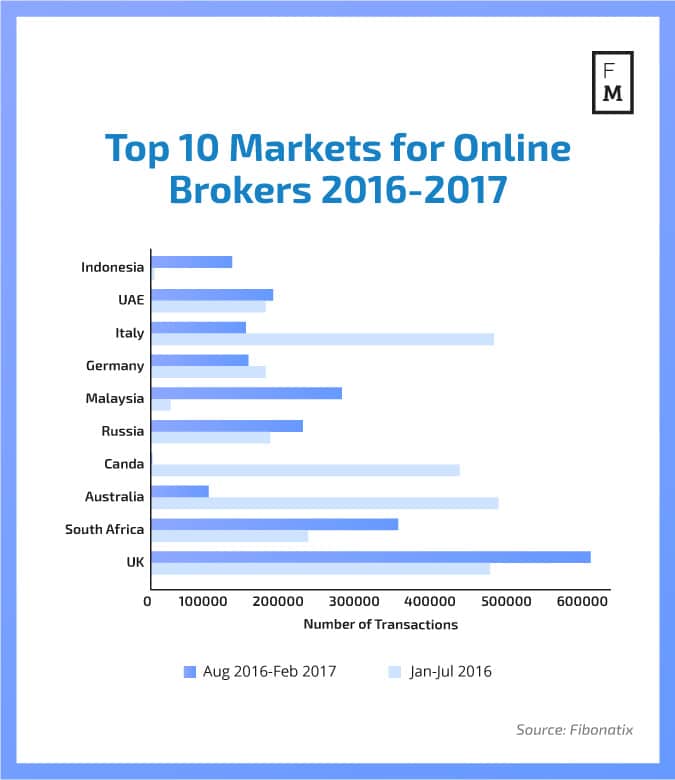 Shifting Focus from Card Payments to IFTs and APMs 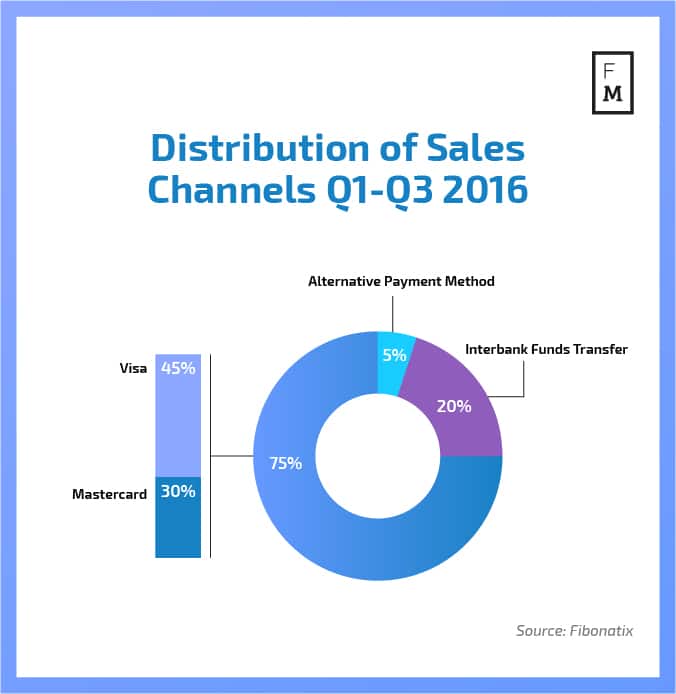 Given the requirements of VE 65/16 along with Visa and MasterCard imposing their own limitations, sometimes stricter than those of the local regulator, on card acceptance in certain markets, Q4 has seen a shift in preference for online brokers from card payments to other payment methods that are perceived (either truthfully or not) to be saferand less constricting than card payments: 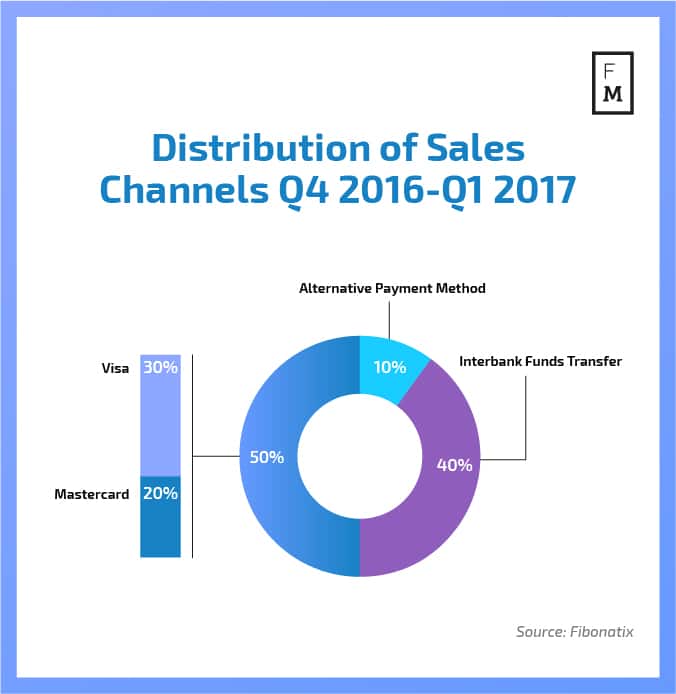 I am not among those that predict a bleak future for online brokers. I believe that the recent changes both to regulatory attention and (as a result of this) card schemes may seem very bad for the industry in the short term, but overall they are positive changes.

I believe that the industry as a whole is suffering from a negative reputation that is mostly deserved (even though the brokers paying for it are most often not those at fault for the situation) and this needs to be resolved in order for the industry to have a future.

It is possible to navigate through these troubled times, but it requires a thorough understanding of the situation and the acceptance that the environment has changed, and that online brokers need to change with it. Or, in the words of Ho Chi Min: “Remember, the storm is a good opportunity for the pine and the cypress to show their strength and their stability.”

This article was written by Tal Miller, CEO of Fibonatix Israel.

Share this article
Tags: Community / payments
Got a news tip? Let Us Know