Earlier this year, it was revealed that Goldman Sachs had intentions to enter the marketplace lending market. Now, another large global US bank is headed in that direction as JPMorgan Chase has entered into strategic partnership with OnDeck Capital. Through the partnership, JPMorgan will use OnDeck’s lending platform and OnDeck Score, its proprietary risk profiling for small and medium sized businesses (SMB), to serve its own SMB customers.

The partnership marks the latest case where a major bank has tapped an online lender to assist in servicing its customers. Other examples include RBS with Funding Circle and Citi working with Lending Club. In addition, when raising its latest funding round, Kabbage included ING and Santander as strategic investors. According to OnDeck Capital, it expects this deal to commence operations in 2016. 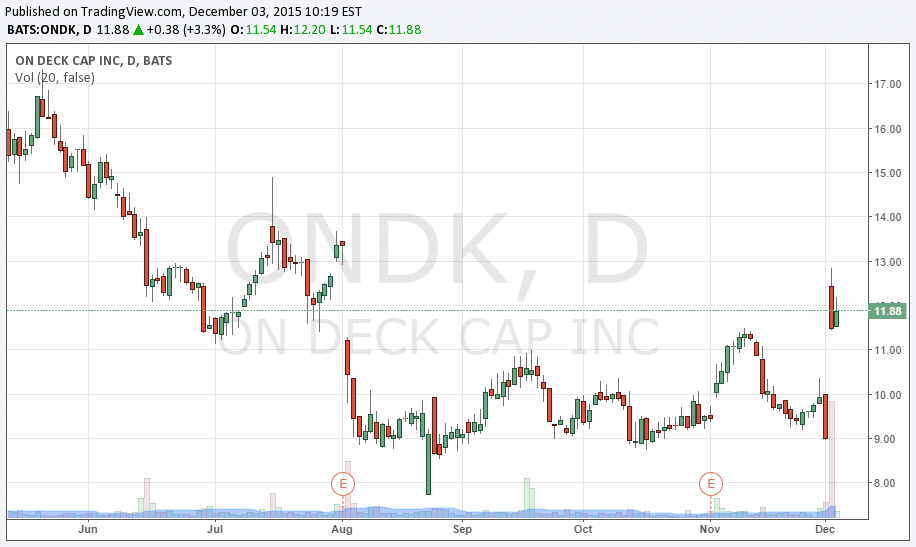 For OnDeck, the deal was a boon for its fledgling stock price which has been trending lower since the firm went public at the end of 2014. After closing at $9 on Tuesday, shares of OnDeck Capital (ONDK) opened trade over 40% higher at one point yesterday to $12.85, before settling lower as more details on the partnership with JPMorgan emerged.

For JPMorgan, the deal provides it an online platform to help process loans more efficiently for SMBs, a lending area where banks have been scaling down their operations. Following the 2008/09 global financial crisis, originations of SMB loans had been in decline for several years, but have since rebounded. Partially responsible for the uptick in lending are advancements in big data to analyze credit risk of businesses.