A report authored by Robert Wardrop, Bryan Zhang, Raghavendra Rau and Mia Gray of the University of Cambridge and Ernst and Young, titled Moving Mainstream, The European Alternative Finance Benchmarking Report has been published. The research analyzes 2014 data for the European alternative finance market. The report includes data from P2P lenders, crowdfunding platforms and microfinance operators.

Leading the way was P2P lending and the UK market. As seen from the stats above, the UK composed of 79% of Europe’s alternative finance market. Following the UK was France, Germany and Spain with €154, €140 and €107 million in transactions respectively. However, the real star of Europe was Estonia, which only trailed the UK on a €16 per capita basis and €22 million in total alternative finance transactions. 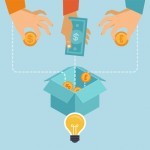 Like the UK, P2P lending dominated transactions across Mainland Europe. During 2014, P2P lending, including both consumer and business lending reached €367.7 million and composed of 59% of Europe’s alternative finance market. Following P2P lending was crowdfunding. Split between reward based and equity, the two generated €120.33 million and €82.56 million respectively.

During 2014, the fastest growing Mainland Europe group of segments with over €10 million was P2P business lending. The segment showed a growth rate of 272% in transactions versus a 113% increase of P2P consumer lending between 2012 to 2104 . The growth reveals that businesses were slower to adopt P2P lending for their borrowing needs than consumers, but appear to have become more comfortable with the non-bank offering during 2014. The report attributed the growth to transparency and attractive financing terms that have attracted SMEs to P2P lending. For 2015, the report expects business P2P lending to continue to grow in 2015 as the sector becomes more institutionalized. It cited the recent LendingClub IPO and entrance of institutional lenders as factors behind this trend.

Among other data points, the largest grower, but still a small percentage of the alternative finance market in Mainland Europe, is invoice trading. The sector involves online selling of invoices or receivables at a discount to working capital. At €6.63 million, the sector grew 640% from 2013. As invoice trading is a much larger market in the UK, the sector could grow strongly in Europe as it becomes more known by SMEs.

Overall, the report pointed to positive trends for the European alternative finance market. Among factors, the researchers expressed that European SMEs continue to have difficulty accessing capital from banks since the global financial crisis, with many saying the situation has continued to deteriorate.

They reported that “the European Banking Federation’s recent report also pointed out that the ‘protracted weakness’ of the European economy has led to a decline in the outstanding volume of bank loans to SMEs.”

The researchers added that “this is particularly noticeable in countries that experienced the full brunt of the financial downturn after the 2008 financial crisis. For example, in 2013, the volume of bank loans to SMEs actually fell by a substantial €232m; in particular, loans to non-financial corporations decreased by €99bn in Spain and by €50bn in Italy”.