After adding 150,000 new users to 350,000 registered traders since September 2015, mobile equity trading game broker BUX has announced that it have closed $6.9 million in new financing. Led by Berlin/Munich based Holtzbrinck Ventures, the funding round is the third closed by BUX and its latest since raising $1.9 million from VC Initial Capital in September 2015. Like in its previous round, BUX expects to use the current funds to help it grow across Europe. 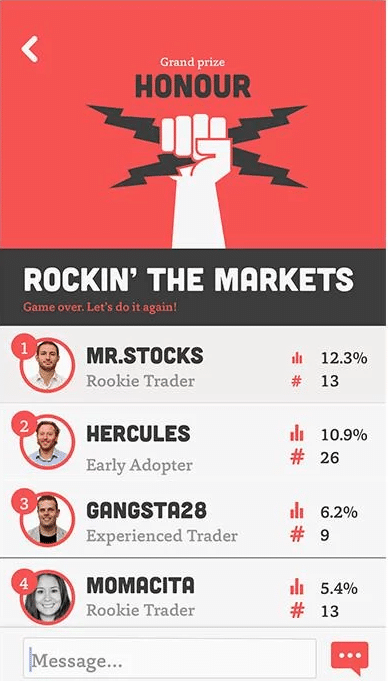 According to BUX, the firm has had success attracting a new audience of traders, stating: “60% of ‘BUXsters’ are younger than 34 years old, and 78% of them have little to no earlier trading experience”. Altogether, since launching, at the end of 2014, €3 billion in total trade volume has been transacted on its mobile trading platform.

Offered as a game, BUX allows users to learn the market as well as battle against other users with both virtual and real funded accounts. Real account trading is based on using CFDs with BUX operating their brokerage operation within the licensing of FCA regulated ayonda markets.

We’re not tapping into an existing market

As BUX is operating a hybrid business of both mobile gaming and brokerage, Nick Bortot, CEO of BUX, explained to Finance Magnates that he believes this approach allows them to attract a new market of customers. Bortot explained that “we’re not tapping into an existing market, but opening up a completely new market: BUX is aiming for people who always wanted to trade, but never did because of the complexity and costs.”

So 3 yards of business in nearly 1.5 YEARS…. the average MONTHLY volume of a decent IB or small broker is 1-3 yards… Presumably they are building a database for future cross-selling of other products. It’s definitely not a broker. But how long can you keep raising/spending money before making any money? Approx $30 CPA [roughly based on approx $10m investment] sounds cheap but if they ain’t trading, then it’s irrelevant to say “Bux’s acquisition costs are…lower compared to traditional CFD brokers”. As a white label of Ayondo [with associated costs/fees], I can’t see them making much off trading revenue.… Read more »