Polish FX brokerage XTB, whose shares are listed on the Warsaw Stock Exchange, has promoted its Regional Director of Poland, Germany, Hungary, and Romania to serve as the group’s newest CEO, according to a corporate statement published on its website.

In his new role Mr. Arnaout will be based out of Warsaw, and he steps into the position with immediate effect.

In this previous capacity, he was focused on the management of XTB’s Polish, German, Hungarian, and Romanian branches. 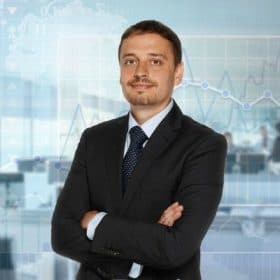 The promotion follows on the heels of an earlier appointment last year which saw him elevated to the role of Director of Poland and Hungary back in August 2016. Additionally, he has served as a Product Owner and Business Analyst for XTB SA, with other stints as the Associate Director and Head of Retail Sales at XTB UK, dating back to 2014, according to information made public on his Linkedin profile.

He originally began his career at XTB SA back in 2007, which paved the way for subsequent roles at XTB Romania and Italy.

The decision to supplant Mr. Maly came on the heels of the lackluster aftermath of XTB’s IPO as well as shifting trends in the Polish regulatory regime, with regard to FX. Since debuting in May 2016, XTB’s share prices and financial results have also been lower, possibly paving the way for a changing of the guard.