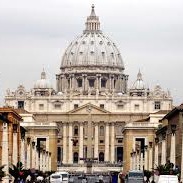 The Vatican has been immersed in a bout of financial turmoil, dealing with an internal crisis and a pantheon of accusations warning against money laundering and corruption – this culminated in a series of resignations. Alternatively, both Deutsche Bank and Goldman Sachs have also been in the regulatory crosshairs recently, having each been subjected to a global string of probes regarding Forex fixing and manipulation.

The Vatican Bank itself provides financial services and advises the Catholic Church and the Holy See – however in recent years critics have pointed to the bank’s arcane infrastructure, which makes it vulnerable to money laundering given its muted nature of transaction reporting, high volumes of cash transactions, and an overall global reach.

However, despite the Pope’s staunch opposition to outright capitalism, three financial industry veterans are being appointed to help remedy the deteriorating situation. The man tasked with leading the Vatican Bank as its new Chief is the former CEO of Invesco’s European operations, Jean-Baptiste de Franssu. In addition, the Bank has also brought in former Goldman and Credit Suisse Execuive Michael Hintze – joining these men will be former Deutsche Bank Chairman, Clemens Boersig.

Their collective task will be the introduction and implementation of a new model that will attempt to arbitrate the responsibilities of the Church itself, while disaggregating finances towards a new Vatican body, which will deal with asset management functions.

According to Vatican economics chief Cardinal George Pell in a recent statement on the shift in management, “Uur ambition is to become something of a model for financial management rather than a cause for occasional scandal.”