Trading.com Markets (formerly Trading Point US Inc) continues to undergo a series of changes in its top ranks as the retail FX broker readies itself to enter the US market. The FX industry veteran Theofanis Pantelides has joined the group last month as its newest Chief Information Officer, according to his Linkedin profile.

As its chief information officer, Pantelides will play a key role in the management and development of the group’s technological capabilities in the US. His appointment also comes after several similar roles at other venues over the course of a career spanning over 16 years. 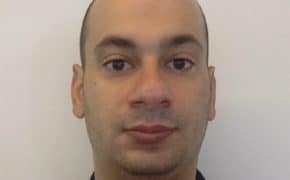 Theofanis joins Trading.com from institutional trading platform provider Integral where he served in different positions for over six years. During the last month of 2018, Integral disclosed that a total ADV of $38.7 billion was traded, which was higher by one percent over a monthly timeframe, compared to $38.7 billion reported back in November 2018.

Pantelides most recently worked as Integral’s manager of retail trading solutions. During this period, he was responsible for defining technical architecture and design for MetaTrader (MT4/MT5) solutions and also provided oversight and technical guidance to engineering team members.

From July 2010 to August 2012, he worked as an applications developer with FxPro Financial Services, where he designed, setup and tested several trade and pricing modules.

Trading Point is a global trading powerhouse and the owner of XM.com and XM Partners brands.