Saxo Bank has a vacancy to fill, with recent news that Philip Macartney, the Danish broker’s Head of Digital Acquisition and Social is parting ways with the group.

Mr. Macartney has served as the Head of Social at Saxo Bank since August 2014, having worked in its Copenhagen branch – over the past year he has helped develop Saxo’s online brand, whilst helping manage its TradingFloor platform. 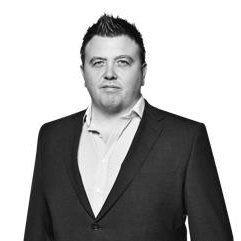 Prior to joining Saxo Bank in 2014, Mr. Macartney worked at a number of senior social media roles. These include stops at City Socialising, SG Gaming, Bodog and Bebo, among others, according to information made public on his Linkedin profile – Finance Magnates reached out to Saxo Bank who declined to comment.

Earlier today, Saxo Bank made headlines after it released a number of key metrics for the month of June 2015. The figures showed a comeback for trading volumes after figures had been on a downward movement for the previous two months.

Saxo Bank is a Danish broker specializing in a variety of financial instruments, including foreign exchange (FX), contracts-for-difference (CFDs), futures and equities. The group’s social trading platform, TradingFloor.com, has received a lot of acclaim throughout the industry and has grown in use since its launch in 2014.

Share this article
Tags: saxo bank
Got a news tip? Let Us Know