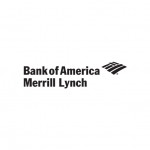 A longstanding member of a leading US bank’s foreign exchange prime brokerage (FXPB) unit has left the institution. London-based Richard Holman, part of Bank of America Merrill Lynch’s (BoAML) FXPB team has departed from the firm, a source close to the matter revealed to Forex Magnates.

Mr. Holman who was a member of the firm’s FXPB desk, joined the firm in 2007, according to his LinkedIn profile. Prior to BoAML, Mr. Holman’s profile states that he was at JPMorgan Chase.

Like a number of leading institutions, BoAML has been gradually developing its FXPB desk, the need for multiple providers increased after major hedge funds and banks suffered due to the demise of AIG and Lehman Brothers. Since the merger between the two US banks, the firm has made a number of key appointments in its prime brokerage division. In addition, the bank launched its single Bank FXPB trading platform, Mercury, in September 2013.

The trading platform comes equipped with a number of solutions for users, including; access to position and trade rolling, trade matching, credit monitoring, live trade search and intra-day valuation reporting.

Peter Klein, Global Head of FX Prime Brokerage and Clearing at the bank, commented about the new platform in a company statement: “We have developed a platform that is dynamic and highly customizable to provide clients with the flexibility and control to manage their bespoke FXPB needs. The features available through our platform are a direct result of research and in-depth client feedback, and provide customers with direct access to the wide range of services we offer.”

The FXPB sector has been facing a number of hurdles recently, primarily based around the rising costs and risk associated with credit. Rabobank, a mid-tier player saw a number of changes, including the departure of its former head of desk, Peter Plester.

The contracting PB environment has opened doors for secondary providers acting as aggregators of bank and non-bank liquidity. A number of Prime of Prime providers have set up shop, leveraging their PB relationships to service small & mid-size hedge funds and retail aggregators.