RBS has announced a shakeup among its executive personnel, specifically in its currencies division, culminating in the departures of Tim Carrington and Fabian Shey, co-Heads of Currencies and Emerging Markets (EM).

Last week, RBS announced changes to the structure of its Corporate & Institutional Bank (CIB) to make it smaller, more focused, and aligned to the needs of our core customers in the UK and Western Europe, an RBS spokesperson confirmed to Forex Magnates. 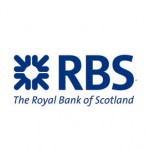 In February, RBS lost another two executives across its equity and prime services business, following an earlier departure of Toby Smith-Cullen and Mark Templeman to consultancy firm, Anchura. The moves came on the heels of an earlier departure in the group’s debt capital markets (DCM) division, after Richard Tynan relinquished his post to take up employment at an independent firm.

In its latest exodus of personnel, Mr. Carrington and Shey will be parting ways with the British bank, along with Michael Lyublinsky, RBS’s Global Head of Trading. There is presently no transition process in place and a search for a candidate(s) has not yet been started, however, Mr. Carrington and Mr. Shey will begin transitioning responsibilities in the wake of their announced departure.