NZX Limited has announced its latest senior appointment, elevating Benjamin Phillips to the role of Head of Market Operations, following a period of two years with the exchange operator, according to an NZX statement.

Mr. Phillips originally joined NZX back in September 2014, having served as its Head of Clearing for the duration of his tenure with group. In this capacity, he has maintained a central role in securing operations of several infrastructures that form NZX Clearing’s designated settlement system, NZCDC. He has also worked extensively with NZX’s stakeholder management of external regulators and the NZCDC Board. 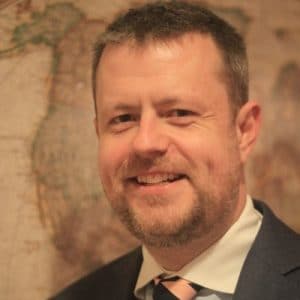 The promotion also follows the announced resignation of NZX’s Chief Operating Officer (COO) Mandy Simpson on October 3, 2016. Mr. Phillips will be reporting director to NZX’s CEO Tim Bennett following the change. Phillips is no stranger to financial markets and has served in a variety of venues for almost fifteen years.

Prior to joining NZX in 2014, Mr. Phillips worked at Citi’s Sydney based office as its Senior Project and Operations Manager – Online Trading for over a year. The rest of his career has been dedicated to E*TRADE Australia, where he held several senior roles, including Head of Broking Services, Product and Strategy Manager – Broking Services, Business Development Manager, and Relationship Manager, among others, according to information made public on his Linkedin profile.

Share this article
Tags: NZX
Got a news tip? Let Us Know