Photo: Nick Bortot, the CEO and Founder of BUX
Share this article 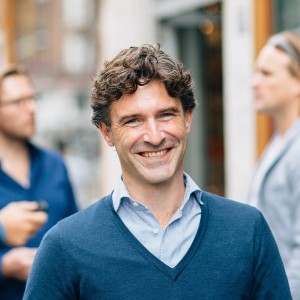 Nick Bortot has been appointed as the CEO of BUX, the recently launched gamified trading app for equities and other asset classes in both the United Kingdom and the Netherlands.

BUX was co-founded by Mr. Bortot, along with, Robbert Bos, Joost van de Wijgerd and Egbert Pronk – the Netherlands-based firm is funded by Orange Growth Capital. In his new role, Mr. Bortot will be responsible for expanding BUX’s influence in both the UK and the rest of Europe, as the company presently holds a European license.

Prior to BUX, Mr. Bortot was one of the integral executives at BinckBank, an online broker in the Netherlands, where he spent nearly 5 years on the executive committee. In addition to this role, he worked at BinckBank since 2000, serving in other roles positons such as Head of e-Brokerage, Marketing Director, Managing Director, among others.

According to Mr. Bortot in an exclusive statement to Forex Magnates, “we wanted to started something new at BUX – we originally wanted to form elements of our team with social, gaming, and messaging backgrounds, a nice cocktail of people. Out of the 16 people here only 3 have a financial background.”

In terms of BUX’s product offering, “we see stock trading as an exciting game, where practice makes perfect, rather than a way of making a fast buck. Before investing was seen as something mysteriously complicated that only your dad would be involved in. We set up BUX as we felt that the time had come for an app that makes trading accessible to everyone. After years of pessimism, ‘we want to bring the fun back into finance,” added Mr. Bortot in an accompanying statement.