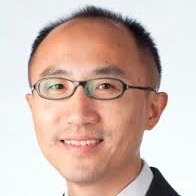 The Hong Kong Monetary Authority (HKMA) has revealed that Executive Director, Dong He, announced his resignation to leave the HKMA to join the International Monetary Fund (IMF), effective October 18.

The HKMA handles a variety of monetary and regulatory actions in Hong Kong, dealing with a variety of asset classes including forex, derivatives, equities, among others. Mr. He is slated to become the newest Deputy Director of Monetary and Capital Markets Department at the International Monetary Fund, following a decade-long tenure at the HKMA.

According to Norman Chan, Chief Executive of the HKMA, in a recent statement on the resignation, “Dong’s departure is a big loss to the HKMA. Since joining the HKMA from the IMF in 2004, Dong has made significant contributions in strengthening research capability of the Research Department and the Hong Kong Institute for Monetary Research. On behalf of the HKMA, I would like to thank Dong for his past contributions and dedication, and wish him every success in his new endeavors. The HKMA is currently seeking to identify a suitable successor to Dong in accordance with the established policy.”

Share this article
Tags: hkma / IMF
Got a news tip? Let Us Know