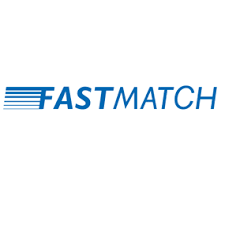 FastMatch, an FX Electronic Communication Network ECN, has made two executive level appointments, naming a new director of sales and head of operations, according to a FastMatch statement.

Nearly a month ago, FastMatch announced they would be changing their fee schedule and offering free brokerage service to clients that provide liquidity on the platform via orders rather than using quotes (last look). The changes took effect today.

As part of the duality of hires, Thomas Koslowske has joined FastMatch as its newest Director of Sales – Americas, whose appointment is effective immediately. In his new role, Mr. Koslowske will be selling FastMatch ECN, ManageMatch aggregator, and the AgencyFX buy side execution suite, among other tasks.

Mr. Koslowske has over 25 years of experience in the FX industry, having most recently held senior level roles as Director, Hedge Fund Sales at Integral Development Corporation and Director and Institutional Sales at Hotspot FX respectively.

Alternatively, FastMatch has also recruited John Bogue as its newest Head of Operations. Mr. Bogue joins FastMatch from RBS, where he worked as its director, handling prime brokerage sales for Europe, Middle East, and Africa (EMEA).

According to Dmitri Galinov, CEO of FastMatch in an exclusive statement to Forex Magnates, “FastMatch is looking to hire additional six sales people in New York and London who will deliver the benefits of the superior FastMatch products to the asset managers, hedge funds, CTAs, banks and brokers. With only a few sales people, FastMatch has become the fastest growing FX ECN after only 2.5 years after it did the first trade in June of 2012. The additional sales hires will further increase the speed of growth of the platform.”